Please ensure Javascript is enabled for purposes of website accessibility Texans support keeping “Dreamers" in the U.S. - THE CHICAGO HERALD Press "Enter" to skip to content 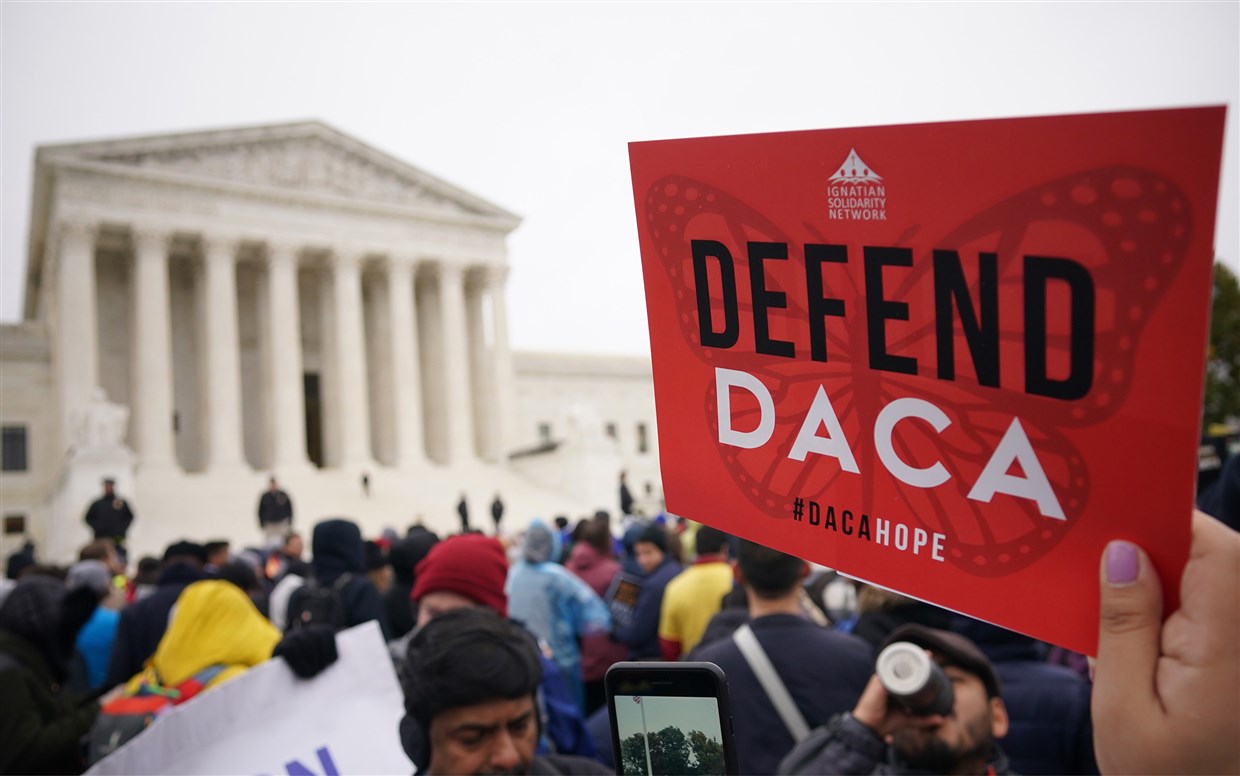 Texas voters are divided on whether undocumented immigrants in the U.S. should be immediately deported, but most said they support federal laws that bar the deportation of young people brought to this country illegally as children, according to the latest University of Texas/Texas Tribune Poll.

Almost half of Texas registered voters (47%) disagreed with the statement “Undocumented immigrants currently living in the United States should be deported immediately,” but 45% — a statistical tie — agreed with it.

At the same time, most Texas voters (63%) would continue the federal Deferred Action for Childhood Arrivals program that “prevents the deportation of young people who were brought to the United States illegally as children, completed high school or military service and have not been convicted of a serious crime.” Another 25% said the program should be ended.

That support for “Dreamers,” as DACA beneficiaries are sometimes known, isn’t new. In a February 2018 UT/TT Poll, 61% of Texas voters said they would prefer to continue DACA. In the current survey, continuation had the support of 87% of Democrats, and a 46%-40% plurality of Republicans. A higher percentage of women (68%) than men (58%) support the DACA program. And it has strong support with Hispanic (67%), Black (69%) and white (61%) voters.

“When you’re explicit that you’re talking about children who came here through no fault of their own and have done what people would expect them to do to try to achieve the American dream, most people are pretty OK letting those kids stay in the country,” he said.

Texas voters have mixed views about the state’s increasing racial and ethnic diversity. A plurality of 40% said it should be a cause for optimism, while almost a third — 31% — said rising diversity is a cause for concern. That 9-percentage-point difference is markedly different from what voters were saying a year ago. In a February 2020 UT/TT Poll, 49% were optimistic about the increasing diversity of the state and 28% were concerned — a 21-percentage-point difference.

“There is a much higher degree of ambivalence or concern among conservatives about a multicultural Texas,” said James Henson, co-director of the poll and director of the Texas Politics Project at UT-Austin. “I don’t think you can get around seeing those issues as central to Republican politics right now.”

A significant number of Republicans — 39% — said they either didn’t know or didn’t have an opinion. Similar shares of Black (38%), Hispanic (40%) and white voters (42%) said increasing diversity is a cause for optimism. While 28% of white and Hispanic voters said it’s a cause for concern, 46% of Black voters said so.

This article was originally posted on Texans support keeping “Dreamers” in the U.S.