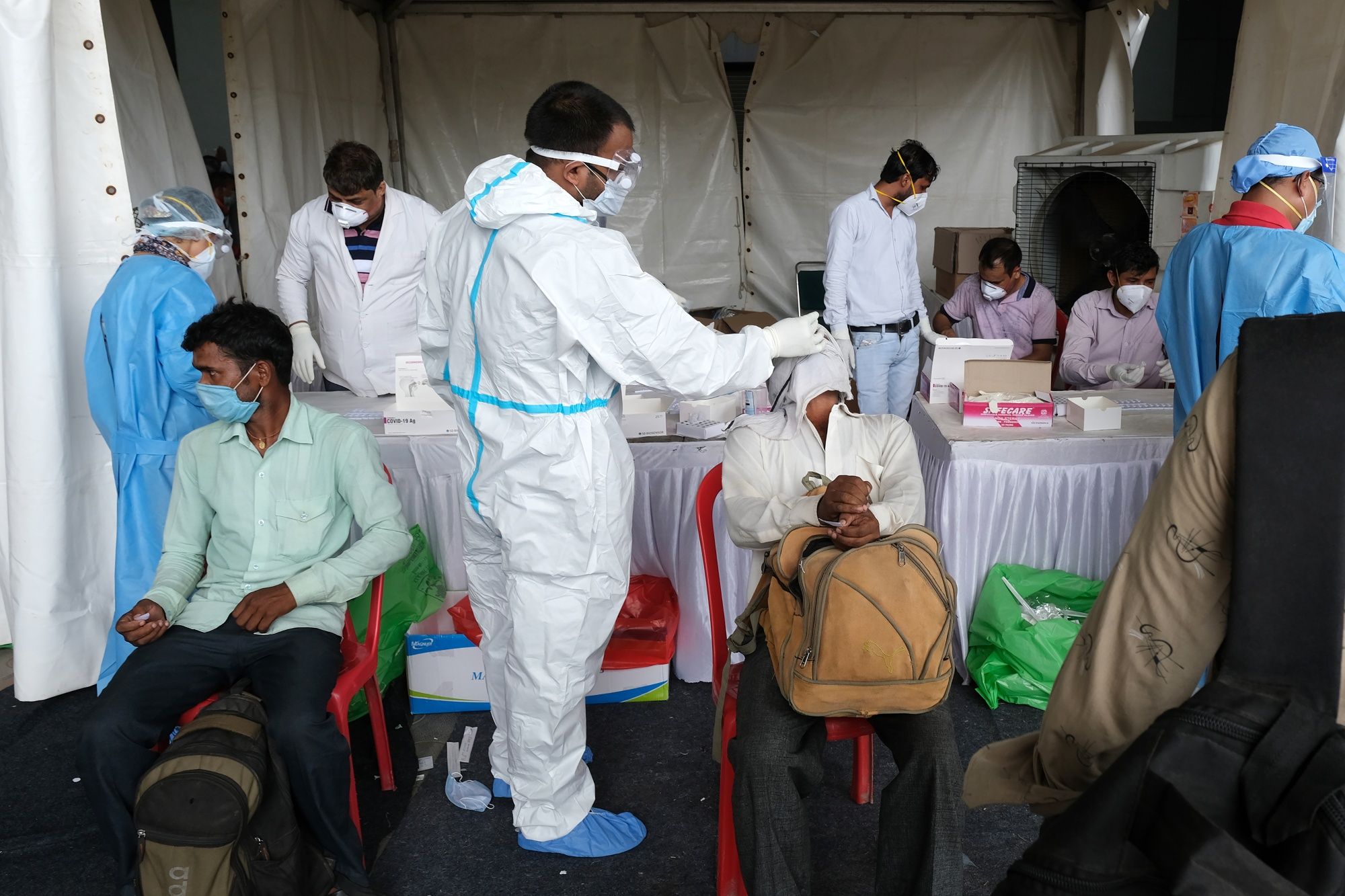 “Texas voters’ apprehension about COVID-19 has risen since October, poll finds” was first published by The Texas Tribune, a nonprofit, nonpartisan media organization that informs Texans — and engages with them — about public policy, politics, government and statewide issues.

Texas voters’ concerns about the spread of coronavirus are higher now than they were in October, before a winter surge in caseloads and hospitalizations, according to the latest University of Texas/Texas Tribune Poll.

Almost half of Texas voters (49%) said that they are either extremely or very concerned about the spread of the pandemic in their communities — up from 40% in October. Their apprehension matches the spread of the coronavirus. As cases were rising in June, 47% had high levels of concern.

Caseloads were at a low point in October, as was voter concern about spread. And sharp increases through the holidays and into the new year were matched by a rise in public unease.

Voters’ concern about “you or someone you know” getting infected followed that pattern, too. In the current poll, 50% said they were extremely or very concerned, up from 44% in October, and close to the 48% who responded that way in the June poll.

“The second, bigger surge seems to have had an impact on people’s attitudes,” said James Henson, co-director of the poll and head of the Texas Politics Project at the University of Texas at Austin. “In October, there was a trend of Republicans being less concerned, but this does reflect what a hard period the state went through from October to February.”

“The economy/COVID number is 2-to-1 in other parts of the country. Here, it’s almost even,” said Daron Shaw, a UT-Austin government professor and co-director of the poll. “What was a 15-point spread is now a 4-point spread.

Health care professionals continue to get higher marks from voters than other institutions, with 73% saying they approve of the work those professionals have been doing during the pandemic. The news media, with just 27% of voters approving its job performance, was at the back of the pack.

This article was originally published on Texas voters’ apprehension about COVID-19 has risen since October, poll finds