Please ensure Javascript is enabled for purposes of website accessibility The diamonds hidden in H.R. 1's massive mine - THE CHICAGO HERALD Press "Enter" to skip to content

Home » The diamonds hidden in H.R. 1’s massive mine 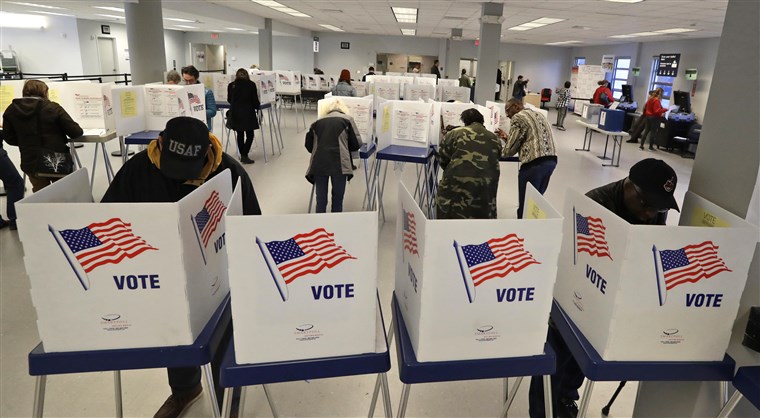 The diamonds hidden in H.R. 1’s massive mine

At a whopping 886 pages, H.R. 1, the For the People Act of 2021, has stirred plenty of controversy. It passed the House along almost perfectly partisan lines: 220 Democrats supported it; 209 Republicans and one Democrat opposed it. The Senate is considering a similar bill.

But within those 886 pages are at least a few provisions that can generate some consensus. Most are rolled over from previous failed bills in Congress, and if they were standalone measures, perhaps they could garner supermajority bipartisan support.

American elections can doubtless be improved to bolster public confidence and shore up election integrity. One way to achieve the latter is to clean up voter rolls. A provision of H.R. 1 updates the National Voter Registration Act of 1993 (the NVRA, or “Motor Voter”) to do just that. The NVRA required state departments of motor vehicles to offer voter registration at the place where residents get their driver’s licenses. It has been a major success, and many Americans – including me – don’t remember registering to vote anywhere other than the DMV.

But while DMVs are good at registering voters, they are not nearly as good at other things. When someone moves into a state and obtains a new driver’s license while also registering to vote, it’s possible to remain registered in more than one state for some time. This increases the risk of double-voting and worsens inefficiencies in election administration.

Some states have participated in interstate programs to notify one another when voters move. Competing programs show varying effectiveness. The NVRA update would improve this. If the new resident intends to register to vote in his new state, the DMV would ask him if he was previously registered elsewhere. The DMV would then notify his former state’s DMV, which, in turn, must notify the former state’s chief election official to avoid duplicated registration there.

Another way to improve integrity is to increase the security and reliability around the balloting process itself. H.R. 1 includes two components to do that: voter-verified paper ballots and risk-limiting audits.

After Florida’s “hanging chad” ballot fiasco in 2000, Congress enacted the Help America Vote Act of 2002 to help states phase out such dated technology. Some states moved toward direct-recording electronic-voting machines, a nod to an increasingly digital world. But some machines don’t leave a paper trail, and their reliability has been questioned. Most states have moved toward paper ballots, but a few don’t require them for all voters. For example, some states use machines that don’t provide a paper trail for voters with disabilities. Machine calibration errors are rare, but they happen. No voting machine has been hacked in the United States during an election – as far as we know – but the threat remains.

Another part of H.R. 1, an update of the Voter Confidence and Increased Accessibility Act of 2003, requires paper ballots to be “marked by the voter by hand” or “marked through the use of a non-tabulating ballot marking device or system, so long as the voter shall have the opportunity to mark his or her ballot by hand.” It would require electronic voting systems to leave a paper trail that a voter could review before casting a ballot. That ensures that a voter’s eyes can verify that the machine accurately recorded the vote.

That paper trail also becomes an important record – the definitive record, in fact – if a dispute arises. The bill would require that election officials count the paper ballots in the event of demonstrated errors in the electronic tabulation. This will instill confidence that machine errors did not affect the outcome of the election.

A related provision of H.R. 1 addresses audits. States typically audit an election after the fact. The audit might consist of a random selection of ballots or a review of a set of precincts subject to a hand tabulation to ensure that the canvass accurately recorded the result.

H.R. 1 would offer states grants to develop risk-limiting audits, which use statistical analysis to determine how many ballots need to be examined based on the margin of victory. The narrower the margin, the more ballots are reviewed. It also provides increased statistical confidence that the election outcome was accurate. The grant funding is an inducement for states to develop these programs within specified parameters – not a top-down mandate to jump into this developing area of audits. It further instills confidence in election results when officials routinely verify election outcomes with predetermined, objective criteria.

Improving election system security, particularly from foreign interference, is another concern addressed in the bill. The Department of Homeland Security was created in 2002 and tasked with protecting domestic targets of potential terrorist attacks. DHS would help prevent attacks on “critical infrastructures,” those assets “so vital to the United States that the incapacity or destruction of such systems and assets would have a debilitating impact on security, national economic security, national public health or safety, or any combination of those matters.” DHS’ authority ranged from nuclear reactors to food and agriculture.

Portions of H.R.1 formally integrate DHS into more election-system security matters. The bill puts DHS in a working relationship with the director of national intelligence to identify and assess threats to election infrastructure. It encourages information sharing across agencies and with state officials. It ensures that the secretary of homeland security will sit on a board of advisers to the Election Assistance Commission, and it encourages the development of best practices for cybersecurity in election systems.

The proposal codifies and enhances the kind of cooperative federalism that has been happening over the last five years. The bill recognizes that states remain the primary actors in administering elections but acknowledges that DHS has the resources and information to assist in this task. Improved coordinating and funding can go a long way to helping states run elections more effectively. And ensuring that there is a unified national approach will enable state officials to focus on the nuts and bolts of running elections.

These less controversial – perhaps even uncontroversial – portions of H.R. 1 span a small fraction of the overall bill’s total pages. Perhaps a more effective approach would be to address these bipartisan election-integrity concerns in a separate, much smaller measure.

This article was originally posted on The diamonds hidden in H.R. 1’s massive mine