Please ensure Javascript is enabled for purposes of website accessibility These Black residents are led by an all-Black local government. But there’s still a ‘race problem.’ - THE CHICAGO HERALD Press "Enter" to skip to content

Home » These Black residents are led by an all-Black local government. But there’s still a ‘race problem.’ 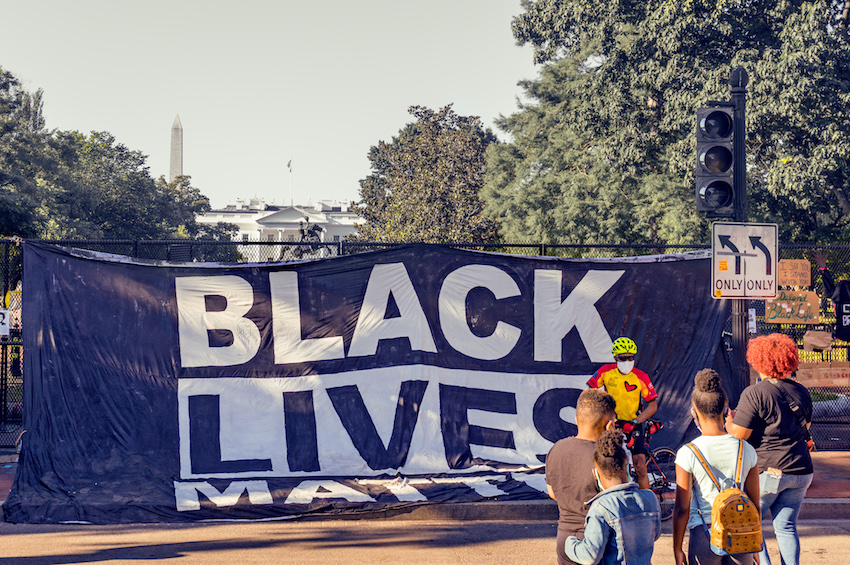 These Black residents are led by an all-Black local government. But there’s still a ‘race problem.’

The all-Black board in charge of running Holmes County, one of the consistently poorest and blackest communities in the United States, didn’t have a problem voting unanimously to remove the Confederate soldier monument outside the courthouse last July.

They did, however, have a problem allocating $80,000 — the amount contractors estimated it would cost to remove it — within a paltry budget made up mostly of property taxes on the average $56,000 lot.

The statue honors the men who fought to keep roughly 12,000 Black people in Holmes County — nearly 70% of the county’s population in 1860 — enslaved.

Representatives from the Freedom Democratic Party, originally co-founded by civil rights icon Fannie Lou Hamer in 1964, Black Lives Matter Mississippi and other activists groups gathered by the statue on a 40-degree morning, the first day of Black History Month, to demand its removal.

But the residents of Holmes County, named for Mississippi’s first governor David Holmes and built on a plantation economy, are fed up with much more than the stone sculpture.

Cody and almost three-fifths of people in her town, the part of Holmes tucked inside the Delta, live in poverty. Cody receives meal assistance, but just like 96% of Mississippians living in poverty, the mother doesn’t receive the welfare check, a benefit of just $170-a-month for a family of three.

“We have nowhere to work. You have to go so far to get a job and you don’t have transportation because you don’t have a job,” Cody told Mississippi Today. “You know, they’re always saying, oh, we’re on welfare; we’re on food stamps. The thing of it is, if y’all will make jobs available in our community, a lot of us wouldn’t have to be on welfare or food stamps.”

Already concerning unemployment in the county rose as high as 28% at one point during the pandemic, nearly twice the state’s highest monthly rate last year. On the state’s prized job search engine Monday, there were 31 openings in Holmes — mostly for farmworker positions paying $11.83-an-hour — but there are roughly 700 people looking for a job.

Rainwater leaks through the roofs of the public schools and while residents failed to pass a bond issue in November 2019 to fund new buildings, the larger disinvestment in education for Mississippi’s poor Black children is evidenced by the state’s historic shortchanging of its own statutory education funding formula. The loss totals $15 million over the last decade in Holmes County alone.

“Taking a statue down ain’t hard,” Wright said into a mic outside a brick building, partially patched with unfinished plywood, where supervisors were meeting. “Maybe dealing with poverty and trying to bring in jobs — maybe that’s difficult. But this right here? This is not difficult. It just takes a decision.”

Wright and Cody say they believe that while Holmes County’s leadership is all-Black, the local politicians are intimidated by the powerful white figures who control most of the area’s wealth.

“So behind the scenes, they’re calling the shots. And we who live here, we understand that. And we know it. So that’s why its important to fight it,” he said.

Holmes County Supervisor Leroy Johnson, co-founder of low-income advocacy group Southern Echo, is a member of the Freedom Democratic Party, though he was not included in the group’s demonstration. Johnson told Mississippi Today that to fund the relocation of the statue, the county would have to make cuts elsewhere.

“What services are you not going to provide?” he said.

The board has solicited bids from two companies but has yet to submit a plan for approval by the Mississippi Department of Archives and History, a required step in moving the monument.

Meanwhile, solutions to the area’s opportunity desert remain elusive. Johnson said the board lacks connections needed to recruit promising industry to the area, such as Hinds County luring Continental Tire to build a $1.45 million plant in Clinton — a deal that hinged on generous state tax incentives and the blessing of the state’s white leaders.

Set on Interstate 55, Johnson says while Holmes County has the right geographical access and connection to transportation to support business investment, what it lacks is “the connections with the right white folks who still control economics in the state.”

Johnson continued: “The reality is those connections are based on race and based on class and Board of Supervisors cannot change race or class. It just cannot.”

The white flight and rural decay characteristic of parts of the Delta today do not erase the area’s significant contributions to the state’s economy, Johnson said. “We built this state, dadgummit.”

This article was originally published on These Black residents are led by an all-Black local government. But there’s still a ‘race problem.’