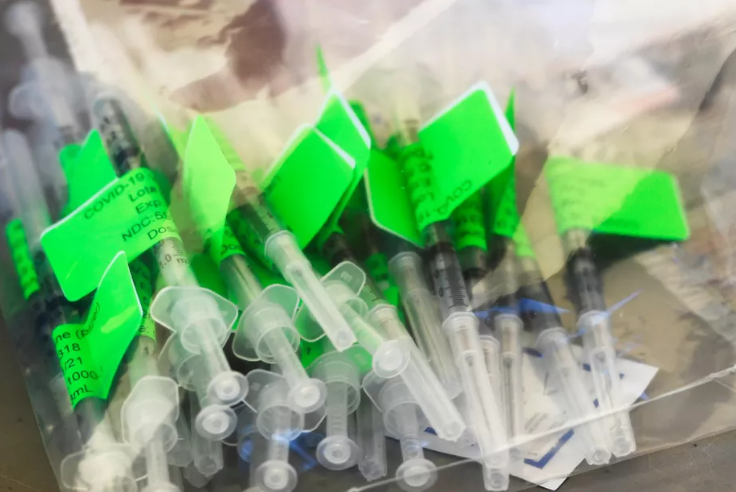 Last week, 16-year-old Melanie Valadez spent 14 hours calling people age 70 or older. In both English and Spanish, the high school junior and other volunteers helped hundreds of older neighbors sign up to get vaccinated this past weekend at a drive-thru clinic in southwest Denver.

“When you do a first-come, first-serve strategy, the gaps are always going to show up along race and ethnic and class lines,” said Denver school board member Angela Cobián, who helped organize the clinic at St. Cajetan Catholic Parish with other elected Latina leaders in Denver.

To close those disparities, the event at St. Cajetan specifically targeted Latino elders with the goal of vaccinating 1,000 people. The event wouldn’t have been possible without the help of about 30 college and high school students who volunteered to phone bank, Cobián said.

Valadez took a leading role. A student at Denver’s John F. Kennedy High School and a member of the church, Valadez helped create spreadsheets with phone numbers of the hundreds of people who called St. Cajetan asking about the clinic after it was advertised on the radio and TV, and then spent hours making phone calls to sign them up. She was also on site for the event.

Chalkbeat spoke with Valadez about her involvement. The interview has been edited for length.

What are some of the things you heard from people when you called them?

I wouldn’t be surprised, just considering racism is still pretty big here in the U.S. Usually white senior citizens are prioritized.… The only reason [Latino elders] are coming [to the church] is because it’s a place where they’ve always gone or trust and they don’t have to worry about, “Oh, if I’m not legal, will I be eligible?” And they don’t have to worry about cost.

What was involved in calling someone to sign them up?

We have a document with all the questions we need to ask. I state when an appointment is available and if it works for them. I go through the application, ask them all of the questions, remind them of some final stuff, and then move on to the next call.

And you’re online when you’re doing that?

Are there senior citizens who you think might not have been able to do that on their own, either because they don’t have a computer or don’t have internet access?

There are a lot. Originally we had a box that said, “Do you have an email?” A lot of them said, “We don’t have an email. We don’t have a computer.” It would be difficult for them to sign up on their own. It’s easier for us to call them, ask the questions, and sign them up.

Why do you think it’s important for high school students to get involved in helping?

What does it mean to you to be helping hundreds of people?

It should feel like a bigger thing to me, but I don’t feel like it is. I’m just helping them because I want to. It feels nice to know that they’re getting the vaccine and nice to hear them say “thank you.”