Home » This Small Canadian Drugmaker Wants to Make J&J Vaccines for Poor Nations. It Needs More Than a Patent Waiver. 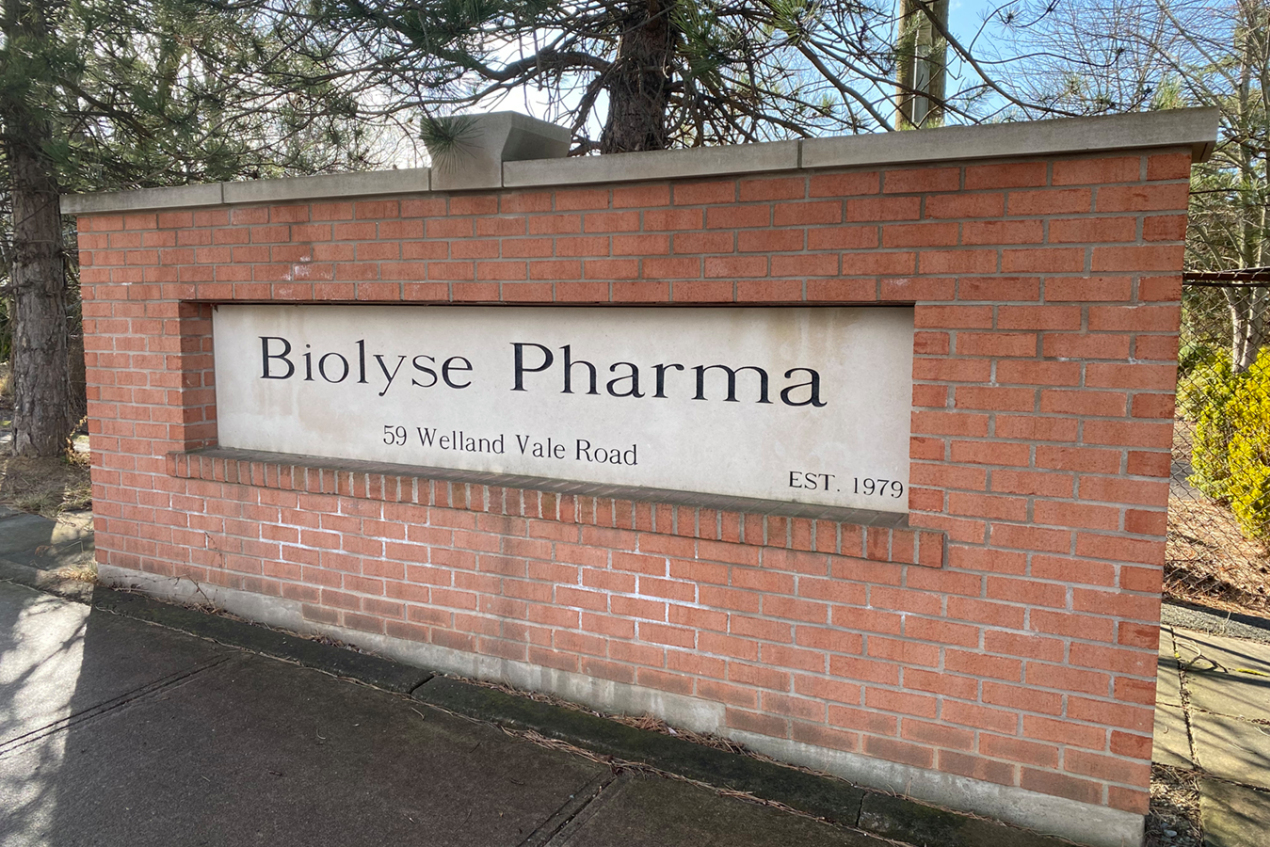 This Small Canadian Drugmaker Wants to Make J&J Vaccines for Poor Nations. It Needs More Than a Patent Waiver.

Watching the covid death toll climb, the company decided its new production lines and equipment could be converted to making vaccines for poorer countries without the means to do so.

John Fulton, a consultant for the Canadian company, emailed Janssen, the Johnson & Johnson subsidiary that makes the vaccine, which employs a live, though disabled, virus. Biolyse sought a license so it could produce 20 million of J&J’s shots.

When J&J’s rejection form letter finally arrived, it misspelled his name: “Dear Mr. Folton, Thank you for your interest …”

Smaller companies like Biolyse may command more attention from the big corporate vaccine manufacturers after the Biden administration announced support Wednesday for a proposal to waive patent protections for covid-19 vaccines and therapies.

As coronavirus deaths ravage Brazil and India and other countries across the globe, pressure to force J&J, AstraZeneca, Novavax, Pfizer and Moderna to waive their intellectual property protections and share their technology reached a crescendo this week.

Yet while Biden’s support of the waiver might be good optics, experts said, it won’t be enough.

Moderna, which did not respond to requests for comment, announced in October that it would not enforce its covid-related patents during the pandemic. Even so, no known independent producer has used the available patents to replicate the company’s mRNA vaccine. Experts say that’s telling.

“You can’t manufacture its vaccine unless you have access to trade secrets as well as the patents,” said Brook Baker, a law professor at Northeastern University who participated in early conversations on the creation of the World Health Organization’s Covid-19 Technology Access Pool, or C-TAP. To date, no vaccine technology has been added to the pool.

The patents alone wouldn’t be enough. A manufacturer would also need access to internal processes: the technology and know-how that bring a vaccine to life. They’d need skilled scientists and technicians from the original company to train their staff for months. On top of that, every manufacturer in the world would be on the hunt for the limited supplies of single-use bioreactor bags, vials and adjuvants.

In the best-case scenario, sharing patents is only a tiny step in the vastly complex work of making a covid vaccine, which relies on sophisticated new technologies. At its worst, they say, waiving patents would strain already taxed supply chains and encourage counterfeiting and shoddy production that could result in dangerous or ineffective vaccines, besmirching the reputation of vaccination for years.

Instead of focusing on patents, some say, global leaders should subsidize additional production of existing vaccines at discount prices through groups like Gavi, the Vaccine Alliance, which already funds billions annually in discounted vaccines for the developing world.

Dr. Stanley Plotkin, the inventor of the rubella vaccine and a consultant to vaccine makers, said allowing inexperienced companies to produce vaccines “could be a disaster for covid vaccines and for vaccines in general.”

Plotkin proposed that an intellectual property transfer be allowed to happen only if a regulatory authority, such as the Food and Drug Administration, inspected the receiving company and agreed it was competent.

Proponents of the waiver argue that without urgent action, many more people will die. “At this pace,” 9 of 10 people in the developing world will remain unvaccinated this year ― and it could be “at least 2024” before many nations achieve mass immunization, according to an open letter to President Joe Biden last month from more than 170 Nobel laureates, former prime ministers and heads of states.

“I think we’re going to find very soon that this Canadian company is just a drop in the bucket,” said Niko Lusiani, a senior adviser for Oxfam America who helped gather signatures. “There are many manufacturers ready to come on line.” Even more, he said, there is capacity to be built if those technologies are available and the investors are not facing trade sanctions for doing so.

U.S. Trade Representative Katherine Tai’s statement on Wednesday was carefully worded, saying the U.S. will “actively participate in text-based negotiations” on the global stage to support the waiver. It would require the approval of all 164 member nations.

Tai, picked by Biden in December, met with more than two dozen parties integral to the global vaccine supply chain, including executives of AstraZeneca, Novavax, J&J, Pfizer and Moderna as well as nonprofit proponents of the waiver and Bill Gates. The Microsoft founder and philanthropist, who helped establish global vaccination efforts, has come out in opposition to the waiver. Gates had urged Oxford to commercialize its vaccine after it initially promised to donate the rights to any drugmaker to manufacture for the public good. Oxford gave AstraZeneca sole rights, with no guarantee it would be offered at a low cost, and retained a stake in the profits.

Michael Watson, a longtime vaccine industry official and current consultant to Moderna, called forcing companies to give away their licenses a “dangerous precedent.”

“The problems that we are trying to solve are reliability, quality, cost and access to vaccine supply,” he said. “These can all be done through established market mechanisms of partnerships, licensing, disruptive innovation, tax breaks, incentives and government funding without attacking the market mechanisms that made all of this possible in the first instance.”

Bio Farma, the state vaccine producer in Indonesia, is planning to produce one of the Chinese vaccines. The Brazilian company Fiocruz is making AstraZeneca’s vaccine, as is the Serum Institute of India. All these deals involve technology transfer and training, as well as raw materials.

Dr. George Siber, a vaccine expert currently consulting with six vaccine companies worldwide, including mRNA vaccine maker CureVac, said that without the technology transfer “we’re talking about years of work” to figure out how to replicate a vaccine.

Vaccine manufacturers have partnered across the globe ― and it has been akin to a high-end matchmaking process with the vaccine makers signing voluntary licensing deals only with trusted manufacturers.

Thomas Cueni, director-general of the International Federation of Pharmaceutical Manufacturers and Associations, said that with each partnership the original vaccine manufacturer is stretched “to the limits because really there’s a lot of hand-holding, there’s a lot of knowledge sharing, training of skilled workers.”

To emphasize the work involved, Cueni pointed to the mRNA vaccine of Pfizer-BioNTech, which has more than 280 components and 86 suppliers from 19 countries.

It’s not likely, Cueni added, that the covid vaccine makers will willingly partner with a company unless they mutually agreed to do so.

“Do you think that if you try to coerce companies already stretched out, they would then give you not just the recipe, the blueprint, but really show you how to do it?” he said.

J&J spokesperson Jake Sargent declined to confirm the email interaction with Biolyse. But he said in an email that only a limited number of manufacturers can produce its vaccine safely, with high quality, and to scale. J&J assessed nearly 100 production sites and, in the end, selected fewer than a dozen.

For the manufacturers, supplies are also a hurdle. As more companies get into the game of making vaccines globally, there simply won’t be enough ingredients.

Pfizer’s Sharon Castillo wrote in an email that if companies begin to buy up scarce supplies in the hope of manufacturing a vaccine using technology developed by others, “it will make it harder, not easier, to manufacture vaccines in the near term.”

Through COVAX, Castillo said, Pfizer will deliver up to 40 million doses in 2021 to countries across the globe such as Bosnia, Tunisia, Rwanda, Peru, the West Bank and the Gaza Strip, and Ukraine.

Nicole Lurie, a senior adviser at the Coalition for Epidemic Preparedness Innovations, said the waiver does not address the short-term need for supplies or the potential for countries to donate excess doses.

Manufacturers have already announced that they hope to supply up to 14 billion doses of vaccines globally in 2021 ― that’s triple the previous annual vaccine output, according to a discussion paper posted by IFPMA and organized for an international summit on shortages.

The report warned that a shortage of supplies may result in several current covid manufacturers not being able to meet current vaccine manufacturing commitments. There’s concern about the need for single-use bioreactor bags used for cell culture and fermentation for all vaccines. And, the lipid nanoparticles used to create mRNA vaccines are also in tight supply, with only a few capable suppliers currently operating at scale.

So far, more than 1.21 billion vaccines doses have been administered worldwide, but mostly in the U.S. and other wealthy countries. Canada’s Biolyse said that if it can manufacture the J&J vaccine, a small developing country has committed to buying it.

Without a voluntary consent from the manufacturer, though, Biolyse is now working to obtain a compulsory license to produce the J&J vaccine, which would force J&J to waive its intellectual property rights. Such a legal maneuver is allowed under current international law, but the Canadian government would have to support Biolyse’s license application. So far, it has not.

Canadian officials have met with Biolyse and other companies, as well as international vaccine developers, about the feasibility of making their products in Canada, said Sophy Lambert-Racine, a spokesperson for Innovation, Science and Economic Development Canada.

The “existing Canadian biomanufacturing assets were deemed to be of an insufficient scale or utilized technology platforms which were not suitable to the needs of these firms,” said Lambert-Racine, adding that the Canadian government is now investing more than $1 billion into covid vaccine and therapeutics research and development.

Biolyse is a small company with about 50 employees, including “scientists who have spent their working lives producing vaccines,” Fulton said. The company has said it still needs about $4 million in financing to finish setting up manufacturing lines.

Claude Mercure, a co-founder of Biolyse, said that even if the company doesn’t share the patent and the technology, he is confident his company can figure out how to make the J&J vaccine, which uses a disabled adenovirus to deliver instructions to the body on fighting the coronavirus. In recent weeks, though, other independent scientists have reached out to collaborate and potentially develop a new vaccine.

Trying to remake the J&J vaccine without a technology transfer and partnership would potentially take years, but with a strategic partnership Biolyse could be making vaccines within four to six months, Biolyse executives said.

Regardless of what happens with the waiver, the tenor of international conversation about intellectual property rights puts pharmaceutical companies on notice, said Mara Pillinger, a senior associate in global health policy and governance at Georgetown’s O’Neill Institute for National and Global Health Law.

“Large parts of the world are not going to suffer with covid until [the industry] gets around to prioritizing them,” she said.

This Small Canadian Drugmaker Wants to Make J&J Vaccines for Poor Nations. It Needs More Than a Patent Waiver.