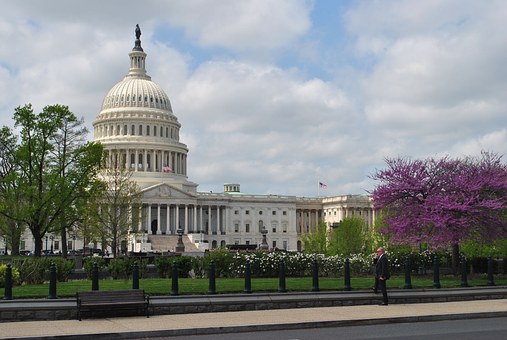 WASHINGTON — With the backing of Texas Democrats, the U.S. House early Saturday morning passed a $1.9 trillion aid package intended to bring the COVID-19 pandemic under control and offset the economic damage the virus unleashed over the last year.

It is largely an extension of ongoing economic aid since the virus wreaked havoc on American life nearly a year ago. Known as the “American Rescue Plan,” it is the first major piece of legislation of the Biden era.

The bill will now head to the U.S. Senate where it is likely to face some changes — particularly on the minimum wage issue — and is expected to pass mostly along partisan lines before it heads back to the House. Biden administration officials say they hope to sign some version of the package before mid-March.

Thanks to a provision that would mandate increasing the federal minimum wage to $15 per hour, this House version of the plan is unlikely to pass the Senate in its current form. But it offers a blueprint for what is expected to be a staggering round of government spending.

The Texas delegation voted along party lines: all Democrats supported for the bill, while all Republicans voted against it. In the larger House, passage nearly fell along party lines, with the exception of two Democrats who opposed it.

On Thursday, the Senate parliamentarian ruled that including the minimum wage provision would be a violation of Senate rules. The debate over that measure has overshadowed the scale of the bill that will soon be before the Senate.

If approved by the Senate and signed by Biden, the package will allocate new money for COVID-19 testing, contact tracing and Biden’s top stated priority: vaccine distribution. Additionally, Americans who make less than $75,000 would receive a $1,400 stimulus check. The new bill would also boost a COVID-era increase of $300 of weekly unemployment insurance to $400.

Another $350 billion would go to state and local governments that saw declining tax revenues amid the pandemic. A number of Republicans have referred to that provision as “the blue state bailout,” even though such budget woes have also affected Republican-controlled states. Another aim is to send $130 billion to kindergarten through 12th grade education in order to assist equipping those schools for in-class education.

Other funds would assist college students facing hunger and homelessness, Americans struggling to pay rent and mortgages and keeping restaurants and bars afloat. The bill would also replenish the popular Paycheck Protection Program.

Much like the previous bipartisan COVID-19 relief package and the 2017 GOP-backed tax cuts, this initiative will add to the national debt, which as of January stood at nearly $22 trillion.