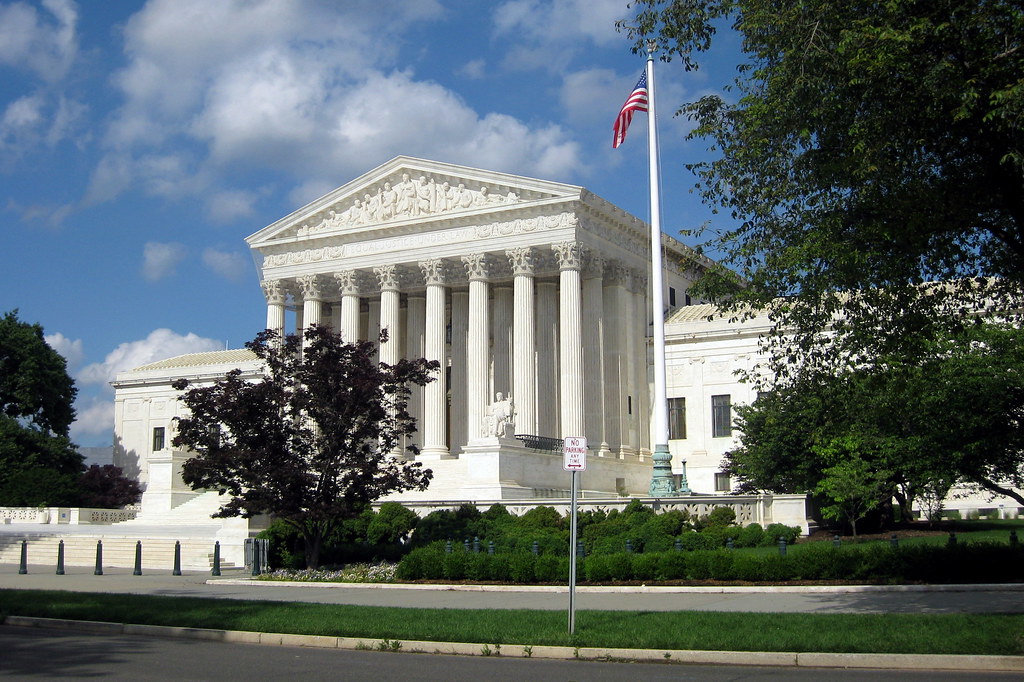 While the court blocked California from enforcing its total ban on in-person worship in Newsom’s Blueprint, Tier 1 restrictions, it allowed California to impose a 25 percent capacity for houses of worship located in the tier. It also allowed the governor’s ban on singing and chanting to continue, noting that the singing ban could be addressed later.

Justices Clarence Thomas, Neil Gorsuch and Samuel Alito, in a written opinion, said they would have granted an injunction against Tier 1 overall and against the singing and chanting ban. Their opinion states several times that plaintiffs may present additional evidence of state or county entities discriminating against houses of worship by solely banning them from singing and chanting.

Gorsuch wrote that Newsom’s order and Blueprint exempts the entertainment industry from the ban, allowing singing to occur in the music and television industries. California’s patchwork of orders is confusing, Gorsuch added, arguing that he would hold this fact against the state and enjoin the ban on singing and chanting in houses of worship.

Gorsuch wrote, “… if Hollywood may host a studio audience or film a singing competition while not a single soul may enter California’s churches, synagogues, and mosques, something has gone seriously awry.”

“The governor’s ill treatment of houses of worship is indefensible,” LiMandri said in a statement. “To deny churches to hold indoor worship – even socially distanced – while allowing services that permit close personal contact and repeated touch, with client and provider separated by mere inches – is nothing short of hypocritical and discriminatory.”

Gorsuch, Thomas and Alito, wrote, “Today’s order should have been needless; the lower courts in these cases should have followed the extensive guidance this Court already gave.”

This was the second time in less than 90 days the same issue was brought before the court. The court ruled on Thanksgiving Eve against New York Gov. Andrew Cuomo in Roman Catholic Diocese of Brooklyn v. Cuomo and Agudath Israel v. Cuomo. In both, it granted an emergency petition for an injunction pending appeal on behalf of New York City synagogues and Roman Catholic churches against New York Gov. Andrew Cuomo’s restrictions on worship services.

Within a week of these rulings, the court vacated a lower district court’s September order and ordered the Ninth Circuit Court of Appeals to remand the District Court to reconsider its ruling in light of the high court’s New York ruling. Because the lower courts did not comply with the Supreme Court’s order, the plaintiffs appealed to the Supreme Court again.

Ninth Circuit judges did grant an injunction pending appeal against Newsom’s Blueprint Tiers 2 through 4 restrictions, but upheld Tier 1 and his regional stay-at-home order, both of which imposed a complete ban on in-person worship. On Friday, the high court made clear Newsom, and the lower courts, could not ban in-person worship in totality statewide.

Liberty Counsel Founder and Chairman Mat Staver said, “Finally, Gov. Gavin Newsom’s total ban on worship has come to an end. A pandemic is no excuse for violating the Constitution. Until today, California imposed the most severe restrictions on places of worship. Not anymore. We will continue to press this case until religious freedom is totally restored.”

California has had the most severe shutdown restrictions in the U.S. with a total in-person worship ban in place since July 13. With the exception of 48 days during which in-person worship was allowed at 25 percent capacity but no more than 100 people, the total worship ban was in place for 322 days as of Feb. 5, 2021, when the high court ended it.

Since August, religious leaders have faced daily criminal charges of one year in jail and daily compounding $1,000 fines for each day their houses of worship remained open and offered in-person services.

The two cases return to the lower courts and the injunction remains in place until the cases are completed or until the Supreme Court issues another ruling.