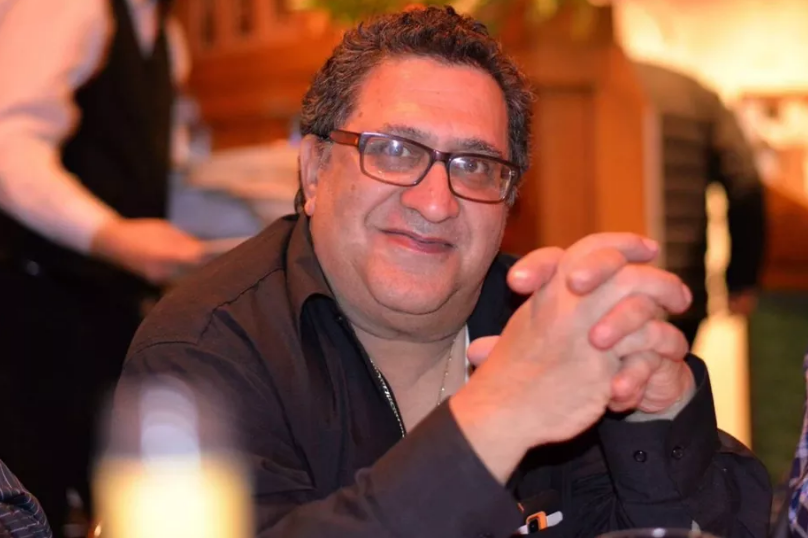 But after nearly a year in his Brooklyn brownstone, the elder Santoro got stir crazy and was eager to rejoin his friends at the Ozone Park garage. He also was reluctant to get the COVID-19 vaccination and wanted to see how others reacted first.

“Sanitation was pretty much his second family,” his son, who also worked at the Queens garage, told THE CITY. “He missed being around everybody.”

Days after the elder Santoro returned to work, he contracted the virus, apparently from a close coworker, and soon struggled to breathe. He died March 1 at Maimonides Medical Center at age 64.

His son now wonders if the vaccine expansion announced Tuesday by Gov. Andrew Cuomo to include all “public-facing public employees” could have encouraged the elder Santoro to sign up for the jab.

“Hindsight is 20/20,” Paul Santoro Jr. said, adding that peer pressure in the garage could have helped convince his father to get vaccinated.

On Thursday, the city passed a grim milestone of 30,000 deaths from COVID-19 as city and union officials scrambled to help get tens of thousands municipal employees inoculated.

The de Blasio administration wants to create vaccination sites specifically for city workers throughout the five boroughs, said Harry Nespoli, president of the Uniformed Sanitationmen’s Association and chair of the Municipal Labor Coalition.

The union will be meeting with City Hall officials on Monday to discuss what will happen if members need to call out sick after getting the vaccine, he added. Nespoli said union officials would encourage any reluctant members to get the shots.

“We’ve had a total of 1,200 positives and four deaths,” Nespoli said, noting he has already been vaccinated. “This is nothing to mess around with.”

District Council 37, the city’s largest municipal union, is reaching out to members to make sure they know they will soon be eligible, said Freddi Goldstein, a union spokesperson.

“And we’re setting up an internal phone line that members can call if they want to make appointments where we’ll have DC 37 staff assist them in doing so,” she added.

Bill Neidhardt, a City Hall spokesperson, confirmed that the city plans to open at least one site specifically for sanitation workers and possibly other municipal employees. Earlier in the vaccine rollout, the city created similar locations for police officers and firefighters, he noted.

On Tuesday, after weeks of lobbying from union officials, Cuomo said most public employees would become eligible for vaccinations beginning March 17.

“These are the people who are the everyday heroes who are out there doing their job,” Cuomo told reporters. “They’re putting themselves in a possible position of exposure.”

“Prioritizing our workers for vaccine eligibility is the right thing to do,” he added. “It keeps them, their families and their communities safe.”

At the same news conference, Cuomo dropped the minimum age of eligibility among New Yorkers who are not essential workers and don’t have underlying conditions from 65 to 60.

Cuomo’s vaccine turnaround came days after THE CITY revealed how some city facilities, including a sanitation garage in Brooklyn, have been hit hard by the virus in recent weeks.

Nearly 50 workers at the garage on Shore Parkway in Gravesend tested positive for the virus, forcing the city to temporarily shut the facility late last month. Multiple Parks Department staffers and Department of Citywide Administrative Services employees have also contracted the virus.

Still, de Blasio wants all city workers back in their workplaces by May. The mayor had pressed Cuomo to expand the 1b Phase of vaccinations to include municipal employees.

The unions representing sanitation workers were also pleased to finally be included but frustrated it took weeks of lobbying.

“Better late than never, but it should have been done a lot earlier,” said Joseph Mannion, president of the Sanitation Officers Association.

“We had a lot of people who were infected by it and some who passed away,” he added.

Court employees, who have been eligible since late January, have been hit hard by the virus in recent days, said Dennis Quirk, president of the New York State Court Officers Association.

Some 35 members are out sick with COVID-19, he said, noting that Wilson Louie, a father of three, passed away last Sunday. Louie, 59, was stationed at Brooklyn Criminal Court and his last day on the job was Jan. 29, according to Quirk.

“I encourage everyone to take it,” he said. “When I visit courthouses I ask everyone  if they’ve gotten it.”

Still, the union president estimates only about 50% of his workforce has so far gotten the jabs.

Inside, Rev. Msgr. Guy Massie recalled how he’d often run into Santoro in the neighborhood.

“He was a regular guy,” he told mourners. “That’s a big compliment. It means what you see is what you get.”

“It means real, as only Brooklyn people can be,” he added. “He was very kindhearted.”

The junior Santoro, who joined the DSNY in 2005, fondly recalled working with his dad.

“It really gave me a chance to spend some time with him and get to know him,” he said.

Now, Santoro is dreading returning to the garage.

“It’s going to be very strange going back to work, not having him period, and then work as well,” he said. “I’m going to have to get used to it.”

His father had long been eligible to retire. But he had vowed to only leave the job after his son retired in four years.

“I told him I didn’t think it was a good idea to come back to work,” the younger Santoro recalled. “He insisted. He was a stubborn man. He was old school. He was tough.”

Unlike his father, he has no doubts about the COVID-19 vaccination.

“After losing my father,” he said, “I plan on getting it when I can.”

This article was originally posted on Unions and City Hall Lining Up Vaccinations for Municipal Workers as NYC Death Toll Passes 30,000