Please ensure Javascript is enabled for purposes of website accessibility Unlock Michigan petition will advance, could revoke 1945 law used by Whitmer during pandemic - THE CHICAGO HERALD Press "Enter" to skip to content 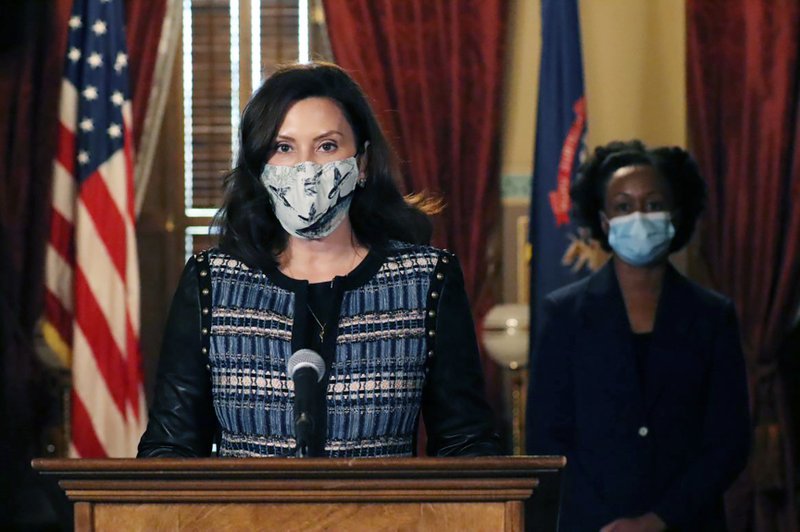 Unlock Michigan petition will advance, could revoke 1945 law used by Whitmer during pandemic

The state Bureau of Elections determined the conservative Unlock Michigan petition to remove Gov. Gretchen Whitmer’s emergency powers has enough valid signatures to be certified Thursday by the Board of State Canvassers.

“The MI Bureau of Elections recommends that the #UnlockMichigan petition be certified. With over 460,000 VALID signatures, it’s not even a close call…. @GovWhitmer maybe now you’ll try working WITH the legislature, instead of governing by decree?”

If the split party board certifies the petition, the proposed repeal of the 1945 Emergency Powers of the Governor Act would go to the GOP-led Legislature, which is expected to enact the repeal that Whitmer won’t be able to veto instead of sending it to the 2022 ballot.

Wszolek said he expects the legislature to vote on it “very soon” after Thursday to repeal a “horribly drafted” bill that “gave the governor the power to essentially govern by decree indefinitely,” he told The Center Square in a phone interview.

“From a balance of powers standpoint, that’s a terrible idea,” Wszolek said. “No person should have the ability to govern by magic wand as long as they want, because once somebody takes on power, they never think it’s a good time to give it back.”

On Oct. 2, 2020, The Michigan Supreme Court ruled the 1945 law an unconstitutional delegation of legislative power to Whitmer and tossed her orders issued after April 30, recommending Whitmer instead work with the legislature to protect Michiganders.

Whitmer had used the law to declare an emergency with no end date, and issued unilateral rules that resulted in criminal charges across the state, ranging from gym owners to people allegedly fixing a car in their private backyard. In Detroit, 2,681 criminal charges and fines were doled out, but eventually dropped months later.

However, Whitmer turned to a 1978 law authorizing her health department director to issue epidemic orders that include a mask mandate and gathering restrictions.

This article was originally posted on Unlock Michigan petition will advance, could revoke 1945 law used by Whitmer during pandemic