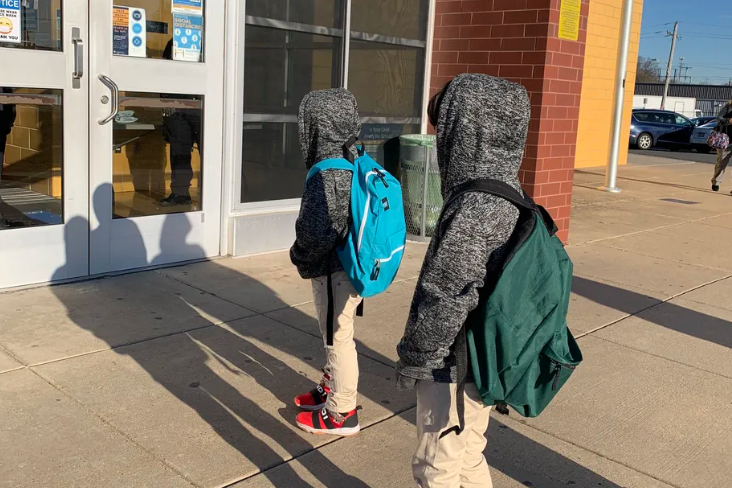 The Philadelphia Federation of Teachers has cleared as safe for occupancy 23 additional buildings required for this part of the reopening.

Students in third through fifth grade who opt for hybrid learning will be able to attend two days a week, along with students with complex needs in sixth through eighth grade, in the district’s Phase II rollout of in-person learning. Families can select hybrid learning as part of a survey that opens Tuesday and closes April 13. Students whose guardians don’t respond to the survey will remain remote full time.

Staff members involved in the latest phase of reopening are scheduled to return to buildings April 12. Families who choose to return will be notified of next steps April 19.

Students in prekindergarten through second grade began returning to buildings March 8 in a three-week rollout that ultimately included more than 150 buildings. Of more than 20,000 eligible students in pre-K through second grade, about 30% opted for hybrid, the district said. Under the model, half the students attend on Monday and Tuesday and the other half on Thursday and Friday, with Wednesday being all-virtual.

The March opening was the district’s fourth try to return students to classrooms as the hybrid plan was repeatedly delayed due to parents and teachers’ concerns about whether schools were safe. As a result of a negotiated mediation process, the union conducted a thorough review of conditions in all buildings and classrooms, especially around the adequacy of ventilation.

Since the reopening, two schools have been temporarily closed due to cases of COVID-19. The district and the Philadelphia Department of Health have promised a dashboard tracking all the positive coronavirus cases recorded in schools, but have not yet provided one. The Caucus of Working Educators and Parents United for Public Schools have created an unofficial dashboard tracking cases based on communications from principals to staff and families.