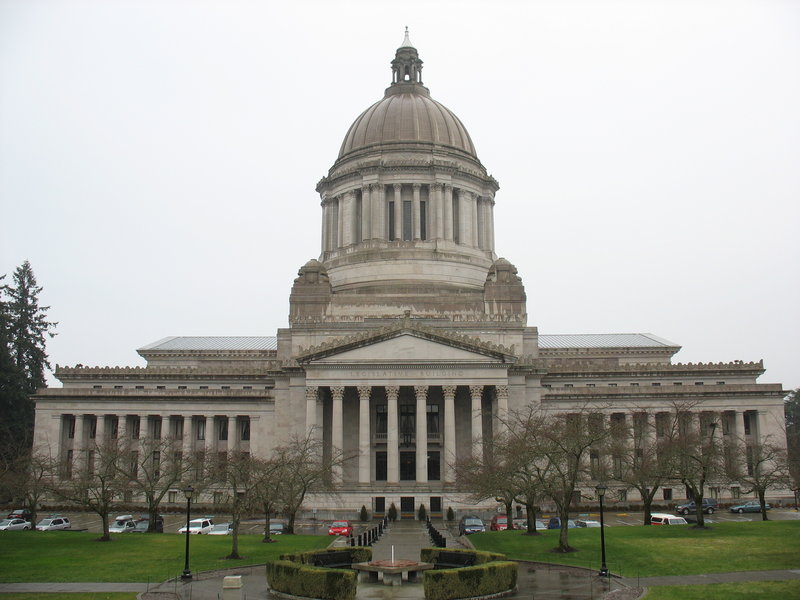 Public data on the pandemic and the mental health crisis it’s exacerbated is at the center of two bills in the Washington Legislature where lawmakers are weighing privacy against public safety.

Since the pandemic began, the Washington Department of Health has depended on a process better known as contact tracing to test, isolate, and treat COVID-19 infected people by retracing their steps and most recent human contacts through interviews.

As the pandemic has progressed, killing some 4,400 people and sickening some 302,000 others by last count, the state has put the work of contact tracing in Washingtonians’ hands.

Using the app is voluntary and it does not share or store data, but a bill from state Rep. Vandana Slatter, D-Bellevue, is intended to encourage as many people as possible to sign up when government distrust is growing around the nation.

House Bill 1127 would let people whose personal information was collected for contact tracing to revoke the right for a public health agency to collect, use, or disclose their information within a week and the ability to request a correction to their data within 30 days.

“Ultimately, this bill is about one thing, saving lives by building trust with people so that we can use every tool at our disposal, including digital tools to combat a highly transmissible lethal virus,” Slatter said. “I believe it’s actually a time when we have to be extra vigilant because it would be a tragedy for someone to lose their life to COVID-19 days or weeks before they would have been vaccinated.”

Robert Battles with the Association of Washington Business has argued the bill would complicate employers’ efforts to suppress workplace outbreaks.

“If an employer or employees are exposed to COVID-19 in the workplace, employers will want to notify the employees of the potential exposure so the employee can take care of it,” Battles said. “But if employees must express consent, this makes this almost kind of a burdensome and doesn’t address the concerns.”

Another bill in the legislature, House Bill 1408, addresses public records exemptions for audio files of minors making 911 calls, dead and alive. It builds on recommendations by the state Sunshine Committee on public records in 2018 and 2019 related to records of juvenile victims and witnesses.

Calls to 911 concerning children are a more pressing concern than ever since the CDC reported in 2020 that hospitals saw a 20% increase in emergency room mental health crisis for children ages 5 to 11 during the pandemic.

Michael Gulizia, a father whose 14-year-old daughter was shot to death while calling 911 in 2018, on Wednesday voiced his support for exempting children’s voices from 911 audio, which he requested years back for his own family’s sake.

“The media has implied to me that their use of discretion is all that’s needed instead of a law change,” Gulizia said. “That may be true for reputable media, but they can’t speak for TMZ. They can’t speak for Inside Edition. So I’m asking you to help protect the victims like Natalie and the survivors like me for next time, if this ever happens.”

Journalists testifying to the House State Government and Tribal Committee said the bill will impede the public and the press’s ability to hold first responders accountable for improper responses.

Rob Curley, editor at the Spokesman Review in Spokane, argued the bill hurt local media most of all, which strives to get a story right more often than not.

In 2019, Google News announced it would revise its algorithm to promote more “original reporting” in its search results.

“As a journalist whose background is also technology, I can tell you that Google’s algorithms actually favor local media, over national in stories,” Curley said. “So that would mean that people who are just searching for would find us before they will find bad actors. The problem with that is social media where, unfortunately, bad actors are, or what rule the day.”

“So what you’re saying is that in no circumstance, could there ever be a journalist that would act in in bad faith that would be inaccurate in what they write for nefarious reasons?” Graham said. “And sometimes they may do something that’s not accurate.”

Late last year, The Inlander reported that Graham threatened one of the Spokane alt-weekly’s reporters over a story concerning him allegedly sharing false stories over Facebook.

“One of the things that’s beautiful about local media, and all of the people you’ve heard speak today, is that for better or worse, all of us run corrections every day,” Curley said. “And when we make mistakes, we correct those and we and our online versions, we go out and correct those as well.”

On Friday, 26 active bills concerning public records laws were being heard in the Washington Legislature.

HB 1408, which picked up 13 Republican and Democratic sponsors on Friday, is slated for a second hearing by the House State Government and Tribal Relations Committee the day after on February 11 at 10:00 a.m.

This article was originally posted on Washington lawmakers weigh privacy, right of the free press in public records bills