Home » We tested tiger snake scales to measure wetland pollution in Perth. The news is worse than expected 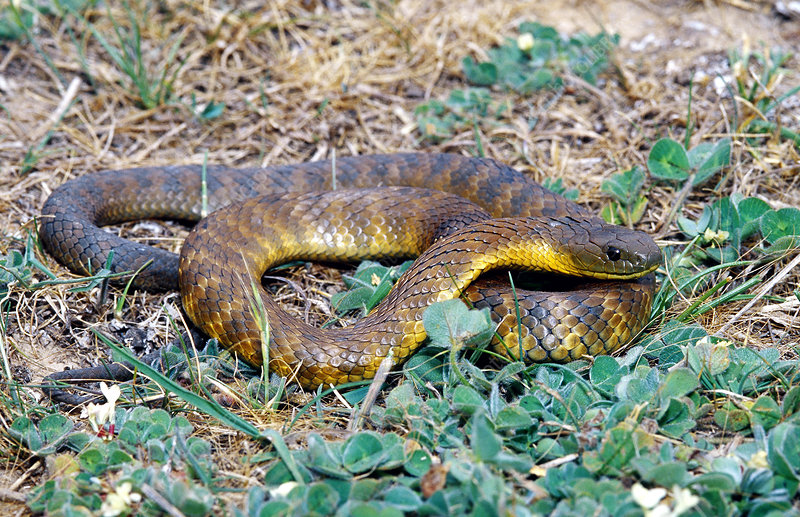 We tested tiger snake scales to measure wetland pollution in Perth. The news is worse than expected

Australia’s wetlands are home to a huge range of stunning flora and fauna, with large snakes often at the top of the food chain.

Many wetlands are located near urban areas. This makes them particularly susceptible to contamination as stormwater, urban drainage and groundwater can wash metals — such as arsenic, cadmium, lead and mercury — into the delicate ecosystem.

We know many metals can travel up the food chain when they’re present in the environment. So to assess contamination levels, we caught highly venomous tiger snakes across wetlands in Perth, and repurposed laser technology to measure the metals they accumulated.

In our new paper, we show metal contamination in wild wetland tiger snakes is chronic, and highest in human-disturbed wetlands. This suggests all other plants and animals in these wetlands are likely contaminated as well.

Urban growth and landscape modification often introduces metals into the surrounding environment, such as mining, landfill and waste dumps, vehicles and roadworks, and agriculture.

When they reach wetlands, sediments collect and store these metals for hundreds of years. And if a wetland’s natural water levels are lowered, from agricultural draining for example, sediments can become exposed and erode. This releases the metals they’ve been storing into the ecosystem.

This is what we suspect happened in Yanchep National Park’s wetland, which was supposed to be our “clean” comparison site to more urban wetlands. But in a 2020 study looking at sediment contamination, we found this wetland had higher levels of selenium, mercury, chromium and cadmium compared to urban wetlands we tested.

And at Herdsman Lake, our most urban wetland five minutes from the Perth city centre, we found concentrations of arsenic, lead, copper and zinc in sediment up to four times higher than government guidelines.

Tiger snakes usually prey on frogs, so our results suggest frogs at these lakes are equally as contaminated.

We know for many organisms, exposure to a high concentration of metals is fatally toxic. And when contamination is chronic, it can be “neurotoxic”. This can, for example, change an organism’s behaviour so they eat less, or don’t want to breed. It can also interfere with their normal cellular function, compromising immune systems, DNA repair or reproductive processes, to name a few.

Snakes in general appear relatively resistant to the toxic effects of metal contamination, but we’re currently investigating what these levels of contamination are doing to tiger snakes’ health and well-being.

Snakes can be a great indicator of environmental contamination because they generally live for a long time (over 10 years) and don’t travel too far from home. So by measuring metals in older snakes, we can assess the contamination history of the area they were collected from.

Typically, scientists use liver tissue to measure biological contamination since it acts like a filter and retains a substantial amount of the contaminants an animal is exposed to.

But a big problem with testing the liver is the animal usually has to be sacrificed. This is often not possible when studying threatened species, monitoring populations or working with top predators.

In more recent years, studies have taken to measuring metals in external “keratin” tissues instead, which include bird feathers, mammal hair and nails, and reptile scales. As it grows, keratin can accumulate metals from inside the body, and scientists can measure this without needing to kill the animal.

Our research used “laser ablation” analysis, which involves firing a focused laser beam at a solid sample to create a small crater or trench. Material is excavated from the crater and sent to a mass spectrometer (analytical machine) where all the elements are measured.

This technology was originally designed for geologists to analyse rocks, but we’re among the first researchers applying it to snake scales.

Laser ablation atomises the keratin of snake scales, and allowed us to accurately measure 19 contaminants from each tiger snake caught over three years around different wetlands.

We need to minimise pollution

Our research has confirmed snake scales are a good indicator of environmental contamination, but this is only the first step.

Further research could allow us to better use laser ablation as a cost-effective technology to measure a larger suite of metals in different parts of the ecosystem, such as in different animals at varying levels in the food chain.

This could map how metals move throughout the ecosystem and help determine whether the health of snakes (and other top predators) is actually at risk by these metal levels, or if they just passively record the metal concentrations in their environment.

It’s difficult to prevent contaminants from washing into urban wetlands, but there are a number of things that can help minimise pollution.

This article was originally published on We tested tiger snake scales to measure wetland pollution in Perth. The news is worse than expected