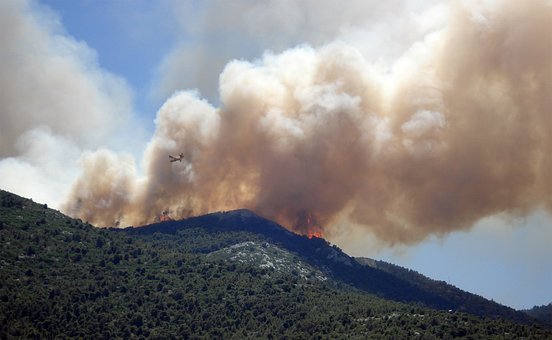 Voters across the Mountain West states are increasingly concerned about wildfires and continue to support funding conservation efforts, according to a survey of eight states.

“We are seeing strong voter concern for nature, which is translating into calls for bold action on public lands in the West,” said Colorado College Assistant Professor Katrina Miller-Stevens, the project’s director. “If federal and state policy leaders are looking for direction on public lands, the view from the West is clear.”

The poll found that 61% of respondents are worried for the future of nature, compared to 36% who are hopeful. A large majority (91%) also agreed their state should still fund conservation despite budget concerns.

When it comes to wildfires, which ravaged several states over the summer, 71% of respondents said wildfires are “more of a problem” than a decade ago. Of those voters, 42% attributed the wildfires to climate change and 40% attributed them to drought.

The wildfire mitigation actions that voters most supported were the removal of brush and dead trees (94%) and the use of controlled burns (91%), the poll found.

On oil and gas development on public lands, 59% of respondents said development should be “strictly limited”; 14% said “stop all” development; and 25% said “expand” development.

In Colorado, 70% of voters preferred their representative in Congress “emphasize conservation and recreation on public lands over maximizing the amount of land available for responsible energy development.” That number compares to 65% of voters in New Mexico, and 47% of voters in Wyoming, a state with significant oil and gas development that takes place on public land.

The opinion poll comes as the President Joe Biden has prioritized combating climate change during the first weeks of his administration.

The federal lease moratorium drew criticism from states like Wyoming, which brought in $1.67 billion in revenue from the industry in 2019, and industry groups that said the move would kill jobs and hurt the country’s energy independence.

The poll, which is in its 11th edition, surveyed approximately 400 registered voters in each of the eight states, and was conducted between January 2-13, 2021. It was conducted by Fairbank, Maslin, Maullin, Metz & Associates, a Democratic polling firm, and New Bridge Strategy, a Republican firm.