Please ensure Javascript is enabled for purposes of website accessibility Whitmer to lawmakers: Stop holding up cash for schools - THE CHICAGO HERALD Press "Enter" to skip to content

Home » Whitmer to lawmakers: Stop holding up cash for schools 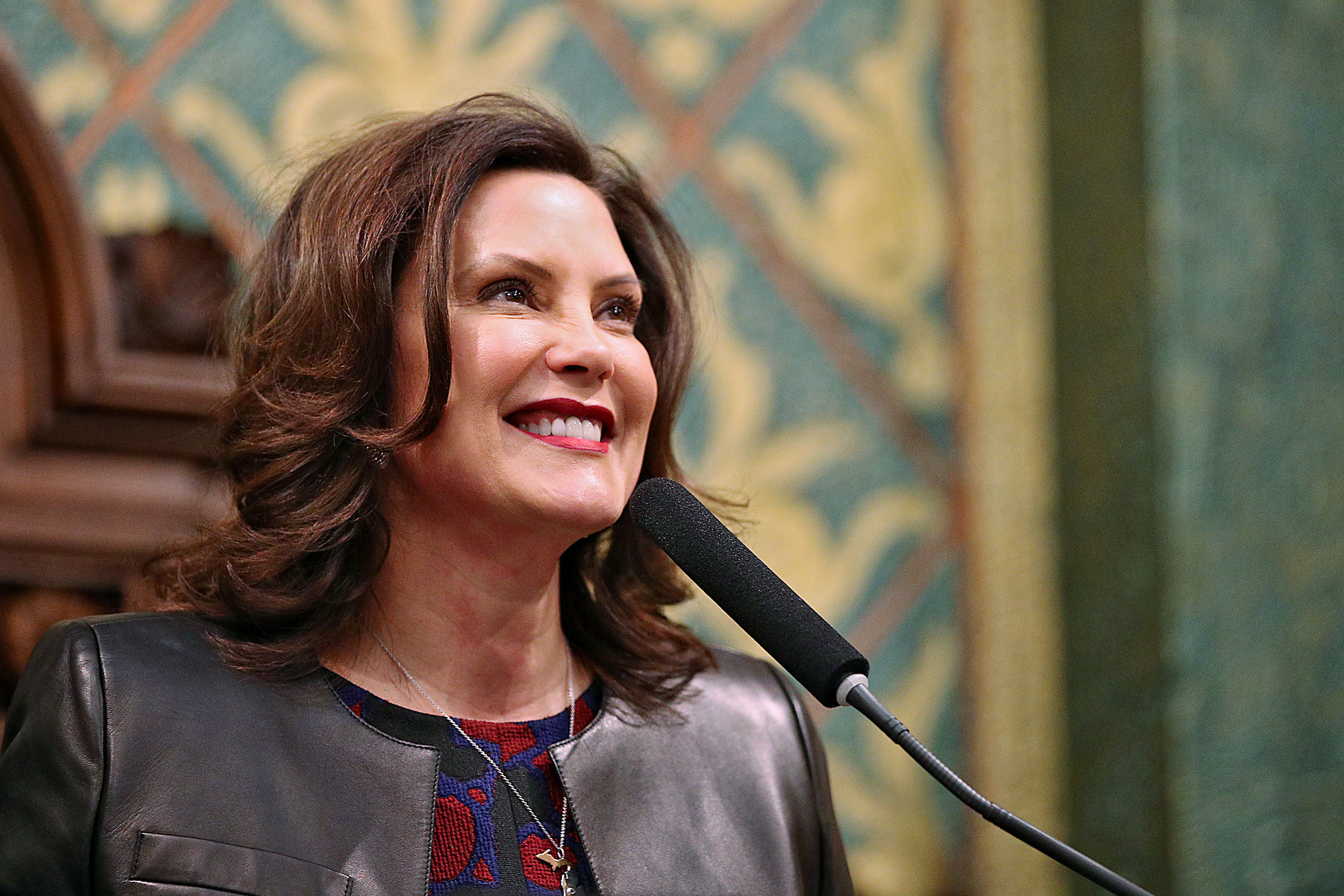 Whitmer to lawmakers: Stop holding up cash for schools

Gov. Gretchen Whitmer called on Michigan lawmakers to pass legislation allowing federal and state COVID-19 relief money to flow to schools, saying the $2 billion is vital for educators to get kids back in the classroom.

“The value of in-person learning for our kids is immeasurable,” Whitmer said Tuesday afternoon during a news conference. “We have to do whatever we can to get our students back safely.”

Whitmer, who earlier this year called on Michigan school districts to offer an in-person learning option for students by March 1, has asked lawmakers to approve her proposal to allocate to state schools nearly $1.7 billion in federal funding Congress approved in December. She’s also asked the Legislature to approve an additional $300 million in state funding. The school funding is part of a $5.6 billion Whitmer budget proposal that includes funding for other things, such as vaccine distribution and financial support for businesses.

Whitmer and education leaders say the money for schools is vital to ensure districts can reopen for in-person learning safely and provide support students need to address learning loss and emotional and mental health challenges related to the pandemic.

“This recovery will require additional resources to meet the needs of our students,” said Kevin Polston, superintendent of the Godfrey-Lee Public Schools in Wyoming, near Grand Rapids. Last week, Polston was named chairman of a council that will provide guidance and recommendations for helping steer schools out of the pandemic.

But some Republican state lawmakers say they won’t approve the funding for schools until Whitmer supports a change in state law that would take away the power she and state health officials have to open and close schools, and halt sports practices and games, during a public health emergency. Whitmer has said she doesn’t intend to give up those powers.

Meanwhile, state GOP proposals for spending the federal and state cash would withhold spending some of the federal coronavirus for now and instead distribute it in phases, according to media reports.

House Speaker Jason Wentworth, responding to Whitmer’s criticism, said the Republican plan “simply refuses to throw all the money in at once. It’s not what we do in our households and it’s not what we’re going to do with hard-earned taxpayer dollars. We’re going to be careful, responsible, and accountable.”

Whitmer argued during the news conference that delaying distribution of all of the money would hamper the state’s vaccination efforts.

State Superintendent Michael Rice, during a State Board of Education meeting Tuesday morning, also called on lawmakers to act quickly to give local educators time to plan.

That doesn’t mean passage in June or later, he said.

Instead, “it means passage in the next couple of months,” said Rice, who has called on lawmakers to expand the school year in Michigan by five days to give students more learning time.

Some education leaders in the state have been pushing for weeks for lawmakers to distribute the COVID-19 money.

Uncertainty about the federal funds has created headaches for schools as they prepare to help students make up for learning time lost due to the pandemic.

“We need to know when they’re (the dollars) coming so we can plan for wraparound services like summer school,” said Peter Spadafore, director of external relations for the Michigan Association of Superintendents and Administrators.

“I’ve heard of a district that’s holding off on purchasing air filtration systems until they know that those dollars are coming,” he said.

At the end of the day those funds are coming, but when is a big question.

“We make our budgets for the summer and next year in February,” Spadafore said. “To begin planning with certainty around those dollars is essential.”

This article was originally published on Whitmer to lawmakers: Stop holding up cash for schools