Home » Why Are Some NYC Restaurants Struggling to Find Workers? It’s Complicated… 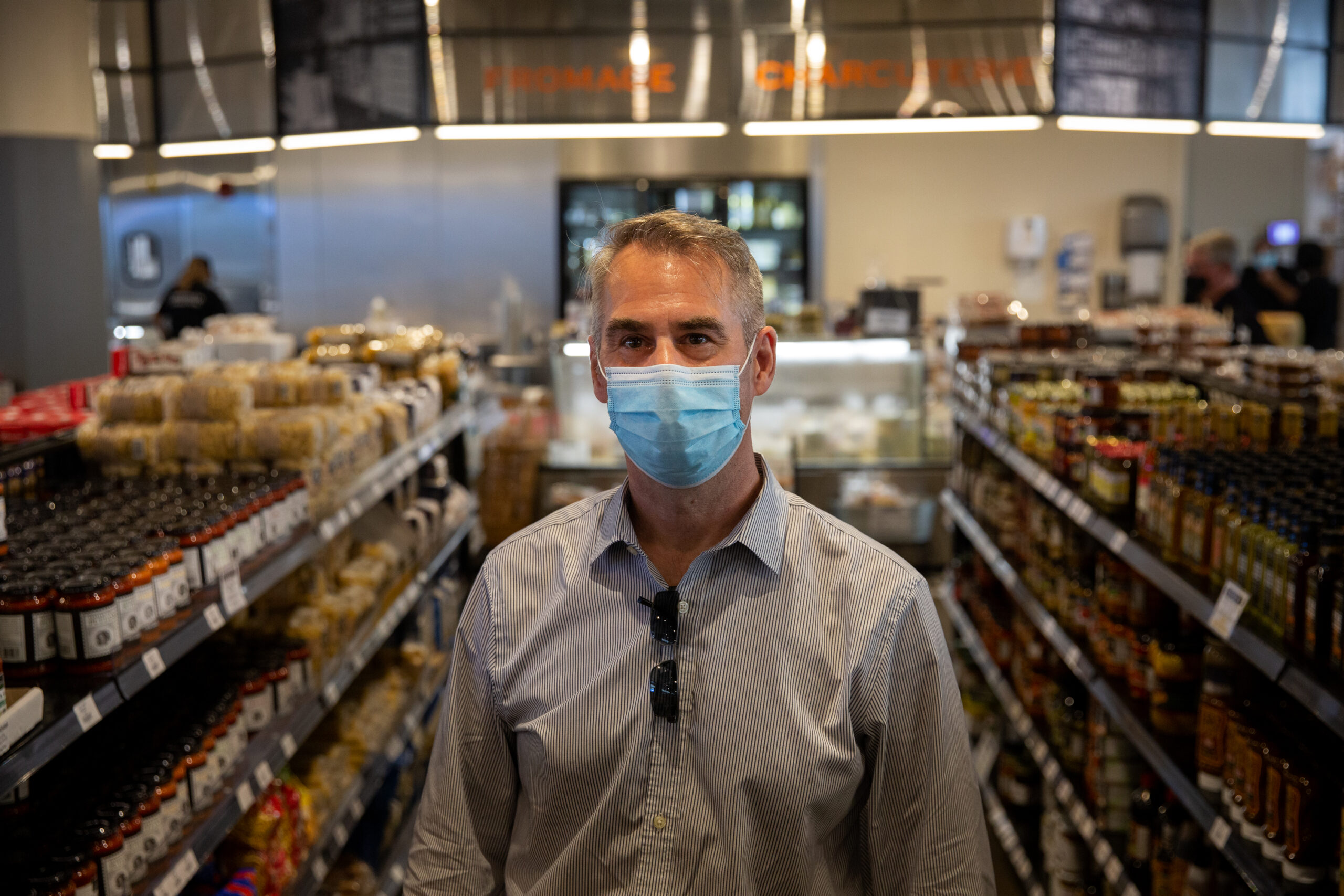 Why Are Some NYC Restaurants Struggling to Find Workers? It’s Complicated…

In Bedford-Stuyvesant, Samantha DiStefano closes her Mama Fox restaurant and bar for Sunday dinner and all of Monday because she can’t hire enough workers to cover those shifts.

It’s a similar story in Red Hook, where Susan Povich doesn’t put out all the tables she is allowed at her Lobster Pound restaurant, even as the economy reopens, because she can’t hire enough staff, including servers who could make $2,000 a week.

Of 200 businesses recently surveyed by the Brooklyn Chamber of Commerce, two-thirds say they can’t hire enough workers — in a borough with an unemployment rate of 15%. And 40% of the business owners believe the reason is the unprecedented unemployment benefits available under the Biden federal aid bill, which amount to as much as $804 a week in New York.

“Why work when you can get paid to stay home?” said Whelan.

But any worker shortage is a lot more complicated than just boosted government benefits, economists say. Reasons range from already expensive child care becoming more fraught amid remote learning to service industry workers being driven away by low wages and instability underscored by the pandemic.

That hasn’t stopped at least 14 states led by Republican governors from moving in the last week to end the enhanced unemployment benefits — especially the additional $300 a week, included in the $1.7 trillion Biden aid package.

It seems unlikely New York would take a similar step. But if small businesses can’t hire enough workers, it could snag the city’s economic recovery as New York starts to come back to life with more people getting vaccinated and COVID-19 infection rates declining.

New York City’s 11.2% unemployment rate is the highest of any of the largest cities in the country. Unless more people return to work, Mayor Bill de Blasio’s recent optimistic projection that lifting restrictions will result in the city regaining half a million jobs this year won’t be possible.

Job postings on Indeed.com for the New York area exceeded those from early 2020 for the first time late last month.

Some economists are skeptical about business owners’ complaints. James Parrott, who is tracking the city’s economy closely at the New School, noted that restaurants and hospitality businesses in New York added a significant number of jobs in March.

He also argues that lack of five-day-week in-person schooling remains a key hurdle to  more hiring.

“Parents who can’t find child care or who are staying home with young school-age children understandably can’t yet return to in-person jobs,” he said Wednesday at a forum sponsored by the Columbia Business School Alumni Club. “Child care capacity is at least 25% below pre-pandemic levels.”

One of the top stockers at the Brooklyn kitchen store Whisk sharply curtailed her hours when the pandemic meant her mother could no longer take care of her daughter. Owner Natasha Amott was recently able to return to four full days a week because her husband took a new part-time job in a restaurant that allowed them to split child care duties.

While the worker shortage complaints span multiple industries, the loudest cries are coming for the city’s restaurants, which are fighting to come back after more than a year of pandemic-spurred closures and restrictions.

“Our industry is suffering because there are not enough people to fill the jobs in the front and back of the restaurant,” DiStefano said.

Povich sees jobless benefits primarily as an issue for lower-paid workers in what is called the “back of the house,” kitchen and cleaning jobs where many are paid about $18 an hour or $720 for a 40-hour week. Those workers might be receiving $500 a week in unemployment benefits.

But she and other owners believe their inability to recruit more highly paid servers is due to the longstanding connection between hospitality and the arts, with many actors, stagehands and other workers traditionally moonlighting in restaurants to make ends meet.

“Entertainment people who were performers left the city when everything shut down,” she said, “including those who used restaurants to supplement their earnings.”

Restaurant work has always been demanding and COVID prevention measures have made it even harder, the owners note. A significant portion of their workers may simply have decided to try to make a living another way.

“I believe a lot of people took some time to refocus their lives when they were getting unemployment and to find a more career-oriented job and pivot out of hospitality,” said Povich.

Many economists and workers advocates say the problem is that the jobs simply don’t pay enough to lure workers, with the city’s $15 minimum wage high by national standards but tempered by the pricey cost of living.

Povich has raised pay by $2 to $3 an hour. Whelan has revamped his benefits package with a much-improved 401K and medical plan, and added a paid day that his workers can use to volunteer for a civic cause.

Meanwhile, McDonald’s made national headlines this week by announcing its corporate-owned outlets would boost wages to an average of $15 an hour — currently New York City’s minimum wage — by 2024.

Worker advocacy groups angrily dismiss the idea that New Yorkers are sitting home collecting unemployment. Many restaurant workers in New York are immigrants who can’t qualify for unemployment — and tipped workers make a subminimum wage of $10 an hour so they have a hard time getting benefits, said Saru Jayaraman, founder of the group One Fair Wage.

The group released a survey of 3,000 restaurant workers last week that found that 90% of those asked in New York say they are leaving the industry because they simply aren’t making enough money due to the pandemic-spurred business dropoff. And the coronavirus crisis has made their jobs much harder and more dangerous.

“The complaints are so frustrating because we have been screaming from the top of our lungs that this would happen,” she said. “We heard from thousands of workers that they have been leaving the industry during the pandemic because this is the lowest-paid industry in America. When they went back to work they found tips were way down and safety risks and sexual harassment have increased.”

Given the previous false starts in relaxing restrictions on businesses, especially restaurants, Parrott notes that workers may be hesitant to give up their unemployment benefits unless they are assured their work can be permanent.

Business owners who want to bring back workers part-time are also having difficulty: The Brooklyn Chamber survey found that 40% of owners said they could not offer enough hours to convince people to take the jobs.

‘Doing Everything I Can’

Meanwhile, the fast-growing tech sector is creating new jobs that could also help the unemployed, a report released this week by the Center for an Urban Future showed.

Despite a pandemic-fueled surge in health care hiring, there were even more job openings in tech between April and November 2020 than in health care, according to data collected by Burning Glass Technologies. Tech job postings were more than double those of finance, more than triple that of marketing, and almost five times larger than demand for hospitality or for education.

“Even in the middle of the COVID crisis, New York companies posted tens of thousands of openings for tech jobs,” said Eli Dvorkin, editorial and policy director at the Center. “With expanded access to training and support, these tech roles could provide a major opportunity to get more New Yorkers back to work.”

Meanwhile, the physical and emotional toll on business people keeps mounting. Walker noted that in small firms the owner is likely to be responsible for the entire hiring process. That is certainly the case at Mama Fox.

“I am doing everything I can to find people,” said DiStefano. “We resorted to posts on social media. We take so many more steps. It is just that much more work.”

This article was originally posted on Why Are Some NYC Restaurants Struggling to Find Workers? It’s Complicated…