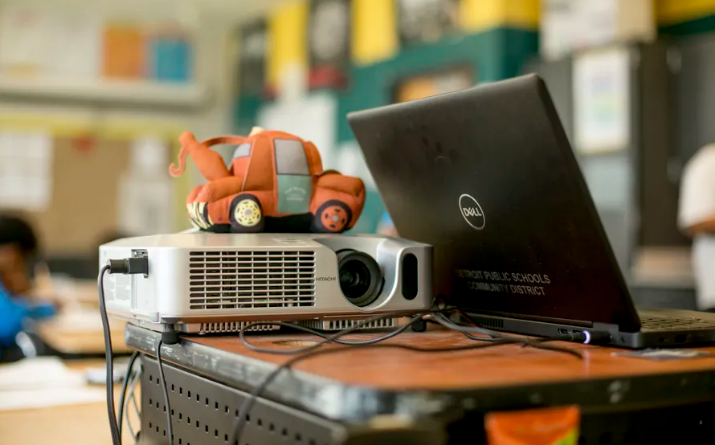 Michigan lawmakers have yet to further delay Michigan’s tough third grade reading retention law, despite legislative efforts that would do so and growing advocacy pushing them in that direction.

The rule would require schools to hold back third graders whose state test scores indicate they are a year or more behind in reading. It was set to take effect in 2020, but was put on hold because of the pandemic.

Democrats in the Michigan Senate introduced legislation March 4 that would suspend the law this school year, as well. Republicans in the Senate followed suit later in the month.

Both bills were part of broad legislation that would address other pandemic-related school issues, such as suspending rules related to teacher evaluations. None of the bills have made any progress beyond being assigned to committees. Without any legislative action, the retention rule will remain in effect.

The State Board of Education two weeks ago adopted a resolution urging lawmakers to, among other things, suspend the third grade retention rule this year.

Pressure is also coming from the Michigan PTA, which posted an action alert the same week urging members to contact lawmakers to tell them not to penalize children, families, and educators for circumstances beyond their control.

“Lives have been upended this year and education systems have been significantly disrupted,” the Michigan PTA wrote. “Children should not be retained in the third grade if they do not meet the required standards.”

The U.S. Department of Education, in a recent letter granting the state a waiver from most federal accountability rules, encouraged Michigan to reduce the stakes of assessments this year on decisions such as promoting students.

Officials in Grand Rapid Public Schools, one of the largest school districts in Michigan, supported the 2016 law, but this year they’ve been advocating for the pause.

“High stakes decisions should not be made with data that is not valid or reliable, and students should not be penalized for a global pandemic,” said John Helmholdt, spokesman for the district.

Helmholdt added that “COVID-19 has had a disproportionately negative impact on high poverty, high needs students.”

Even before the pandemic, a study conducted by researchers at Michigan State University in 2019 found that 2,000 to 5,000 students were expected to be affected by the rule. The study also found that Black students, students with disabilities, students from low-income homes, and charter school students were more likely to be eligible for retention.

In the Detroit Public Schools Community District, officials have worked to inform parents of their rights under the law. April Imperio, executive director of K-12 literacy and early learning for the district, said it  “firmly believes that student retention is a decision that should be made between the school leader, teacher and family.”

“Retaining students during the COVID-19 pandemic based on a single test score is unacceptable,” Imperio said.

Gabe DellaVecchia, a doctoral candidate in education studies at the University of Michigan and a former K-12 teacher, said research shows there isn’t a significant difference in grade point average or graduating rates for children who are retained. “There’s no magic line in third grade,” he said.

Ben DeGrow, director of education policy at the Mackinac Center for Public Policy said the reading law will be good for Michigan in the long term and policymakers should “resist any attempts to roll back the law on its long term goals.”  The center, a conservative think tank, has been an advocate for the retention rules.

Included in the legislation proposed by Senate Republicans are requirements that schools develop individual assessment and recovery plans for students before the start of next school year. It also requires that benchmark assessment results be made public. These assessments, required by state law this year, test students at least twice a year to monitor progress.

If the third grade retention rule isn’t suspended, the state would use results of the Michigan Student Test of Educational Progress to decide which students are eligible for retention.

Those test results, though, will make it difficult to determine which third graders should be held back. State officials are expecting far fewer students to be tested, because the tests must be taken inside school buildings. The state has said students who are learning virtually don’t have to take the test if their parents feel it is unsafe to go into school buildings, though they must be given a choice.

The law allows for “good cause exemptions” in a handful of circumstances. A special education student’s education plan — which spells out how they are to be educated — may allow for an exemption, or a student with limited English speaking skills who has had less than three years of instruction in English may be eligible for one. Other cases that allow exemptions include for a student receiving intensive reading intervention for two or more years who was previously retained, or a student who has only been enrolled for fewer  than two years and wasn’t provided with an appropriate reading improvement plan in the previous school setting. In some cases, an exemption might be granted if a student’s parent requests one or if the superintendent or chief administrator believes it’s in the child’s best interests.

It’s clear more students will need intervention, whether the third grade rule is suspended or not. And districts will have plenty of money to help them. The latest round of federal stimulus is pumping $3.7 billion into Michigan’s education system, and schools must spend at least 20% of the money they get to address gaps in learning due to the pandemic. The districts getting the largest share of the stimulus funding are high-poverty, urban districts that were expected to have a disproportionate number of students eligible for retention.

Among the strategies many districts have employed in the years since the Read by Grade 3 law was first enacted five years ago are hiring more reading specialists, adopting new reading programs, and more one-on-one and small group work with students to intervene and help them improve their reading.

DeGrow said the Mackinac Center has advocated for improving literacy by putting more power in the hands of families by giving them state-funded scholarships to pay for tutoring and other strategies.

In Detroit, a program called Beyond Basics has been working for years to place tutors in schools to work one-on-one with struggling students, with the goal of helping them read at grade level. Pamela Good, the CEO of Beyond Basics, said more such programs are needed in Michigan.

“If we really started doing that right now, then a lot more of these third graders could go into fourth grade under this new law,” she said.

Early estimates of the third grade reading law were that it would cost the state  an additional $40 million to $50 million.

“If we’re willing to spend that kind of money on retaining a child, wouldn’t that money be better spent on additional reading coaches, summer school, and one-on-one interventions?” DellaVecchia asked. “Instead of just letting the kids repeat third grade and hope that things will be different.”