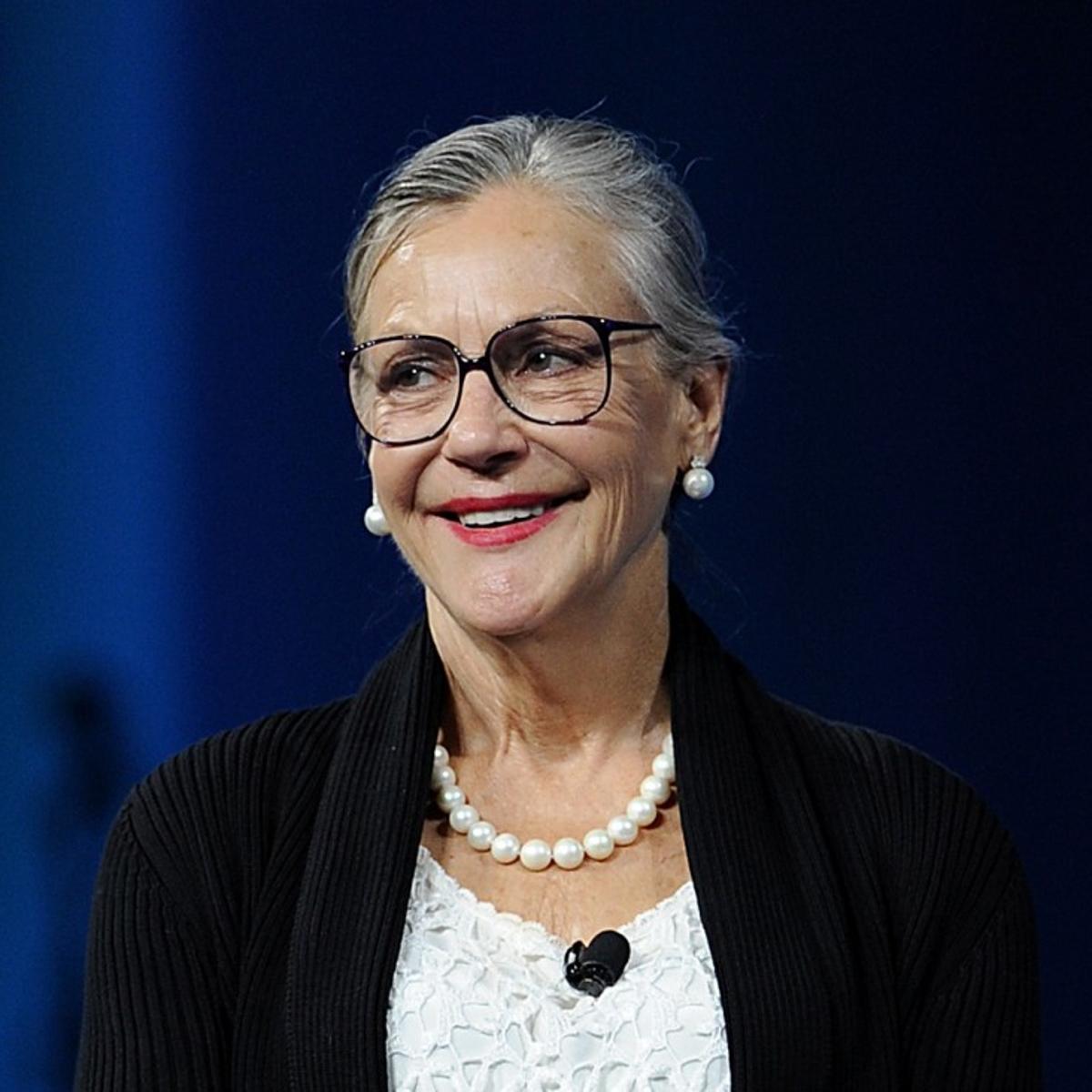 A political group generously funded by a Walmart heir who is the world’s ninth richest person is pumping money into a City Council special election in one of the city’s poorest areas, campaign records show.

And Alice Walton isn’t the only monied outsider plunging into a Bronx race: Big real estate is also throwing cash around in two borough contests — with the combined outside spending rivaling the sums raised by candidates within the city’s tightly restricted campaign finance system.

The pair of nonpartisan special elections in the north and central Bronx is scheduled for March 23. Early in-person and absentee voting have already begun.

Walton, an art collector originally from Arkansas, is the richest woman in the world, according to Forbes, which puts her net worth at $54.4 billion.

The Walton Family Foundation did not respond to THE CITY’s request for comment.

The $800,000 contributed by Walton to New Yorkers for a Balanced Albany appears to be her first investment in local New York City elections.

Walton has no record of donations in city elections prior to this race, but the 71-year-old daughter of Walmart founder Sam Walton has given more than $1.2 million to New York State pro-charter groups, Gov. Andrew Cuomo’s campaign fund and Democratic committees since 2015.

“I can’t speak as to why any group or PAC is getting involved in this race or how they choose to get involved,” Sanchez told THE CITY in a statement via a spokesperson. “It is important to keep in mind that independent expenditures are not campaign contributions. I have neither accepted nor solicited any support from these groups.”

A State Board of Election filing shows New Yorkers for a Balanced Albany was registered by Jenny Sedlis, executive director of the New York charter school advocacy group StudentsFirst.

Sanchez, most recently district manager for Bronx Community Board 6, worked for a different charter school organization, according to his LinkedIn profile, after serving as deputy chief of staff for now-former Bronx Assemblymember Michael Blake.

In a statement, Sedlis said: “StudentsFirstNY supports the candidates we believe will stand up for public school students and have the most impact on improving education in New York.”

Another group, Voters of NYC, Inc., is also backing Sanchez as well as Eric Dinowitz, who’s running in Riverdale’s 11th District. The group has spent about $34,000 boosting Dinowitz and $43,000 on Sanchez, Campaign Finance Board records show.

Dinowitz said that he doesn’t hold any allegiance to real estate groups.

“The real estate interests behind this mailer obviously don’t know me very well. I don’t want or need the support of anyone who doesn’t share my values — and that means anyone in real estate,” Dinowitz told THE CITY in a statement.

“I’m a proud labor candidate and a neighborhood candidate –– and that means I will always stand 100% with tenants, coop owners, homeowners, seniors and working families, and look forward to fighting on the Council for stronger rent laws, protecting those facing eviction, and opposing overdevelopment,” he added.

Voters of NYC was registered with the state Board of Elections by Jeffrey Leb, the same consultant who launched the independent spending committee Common Sense NYC.

“We think the future of NYC literally hangs in the balance and such a small number of voters usually decide the governance of the city,” Leb told THE CITY in a statement. “People are concerned and want to raise awareness of these elections and the issues they’re about. A city-wide recovery is going to require qualified public officials who have a positive vision for New York’s future, and that’s what we’re focused on.”

“Voters need to hear directly from the candidates,” said Susan Lerner, executive director of Common Cause NY. “And the problem with this with outsized spending by PACs, is that you have outside voices basically interfering in the communication between voters and candidates.”

“The public financing system is designed to allow candidates to communicate directly to voters, and we believe that is the best type of election communication,” she added.

Under New York City’s new ranked-choice system, if no candidate gets 50% of the vote in a special, primary or general local election, the Board of Elections will tally additional choices made by voters. That means that coaxing voters to put additional names on their ballots could help decide the races.

Low turnout and Dinowitz’s name recognition — he is the son of longtime Bronx Assemblymember Jeffrey Dinowitz — could help carry him to victory among six candidates and avoid a runoff.

But the crowded race for the 15th District is more wide open.

Four candidates, including Sanchez, have unlocked more than $135,000 each in public matching funds under a system that matches some dollars eight to one, CFB filings show. Sanchez has garnered more money from private donations than any other candidate, with $62,343. Paired with his publicly matched funds, that put his spending at nearly $132,000, according to those same filings.

Just two other candidates, Bravo and Feliz, have spent more. Sanchez has the second-most cash on hand, behind Latchmi Gopal, who has only spent $17,404 compared to Sanchez’s six-figure expenditures.

The Supreme Court’s 2010 Citizens United decision allows outside spending groups — familiarly known as Super PACs — to raise and devote unlimited sums to influence elections, provided that they do not coordinate with the candidates or campaigns.

Laborers PAC, which is funded by the Mason Tenders union, contributed $5,000 to Bravo, Sanchez’s rival in the 15th District, and $8,000 to Eric Dinowitz in the 11th District.

Our City, a left-leaning super PAC, endorsed Sanchez rival Elisa Crespo this week and pledged to spend “in the mid-five figures” for advertisements in the final week of the special election, Norwood News reported.

While donors to federal super PACs may remain anonymous, spawning the term “dark money,” New York City requires disclosure of donors, including the top three donors on mailers and other voter communications.

The independent expenditure group also got involved in a December special election where it spent $70,165 on mailers, radio ads, robocalls and sweatshirts to support now-Councilmember Kevin Riley. By contrast, all the candidates combined raised only about a combined $78,000, and received an additional $190,000 in public matching funds.

Riley, a former aide to Assembly Speaker Carl Heastie, was elected to fill the seat vacated by former Councilmember Andy King, who was expelled from the chamber last October over alleged ethics violations.

Though Riley was backed by his former boss and several labor unions, a dismal turnout in that special election may have helped him secure his victory: Just over 7,000 people cast their ballots in that race, out of more than 95,000 who were eligible.

Riley’s current term ends at the end of the calendar year, but if keeps his seat in the June primary and the November general elections, he would serve a new term beginning in 2022.

Voters receiving mailers or seeing internet ads for Sanchez or Dinowitz are seeing messages that depart from the sponsors’ usual priorities.

“HOUSING IS A HUMAN RIGHT,” reads a mailer from New Yorkers for a Balanced Albany, the charter school group, quoting Sanchez. “Housing is a basic need and any efforts to prevent people from decent housing is an unacceptable civil rights violation.”

Sanchez brushed off questions about whether or not voters should be concerned about real estate ties given the source of the mailers.

“For voters who might feel uneasy about any expenditures from real estate groups, my record supporting tenants and calling out racist zoning practices speaks for itself,” said Sanchez, a founding board member of the tenant watchdog group Housing Rights Initiative.

That group recently sued 88 landlords they allege discriminated against applicants with housing vouchers. Sanchez has pledged to increase protections for housing voucher recipients, expanding Section 8 and increasing the value of municipal rent supplements.

Other Walton-funded Super PAC promotions for Sanchez highlight his advocacy on jobs and COVID relief. None mention education or charter schools.

“I have been transparent with respect to supporting parents and families who want a choice as to what school to send their children, whether that be a traditional public school, charter, parochial or private school,” Sanchez said in a statement. “For too long, we have been told that living in certain ZIP codes means that we have to accept whatever is available even if that means failing schools with few opportunities. I reject this narrative.”

One Dinowitz mailer sponsored by Zeckendorf and other real estate players highlights his stances on education, transit, immigration, ethics, parks, senior citizens, COVID recovery and disabilities justice — with no mention of housing. The other trumpets politician and labor union endorsements.

Kingsbridge Heights resident Jack Marth was taken aback when he received a pro-Dinowitz mailer paid for by Voters of NYC last week.

“Why is big real estate supporting Eric?” Marth, who intends to vote for Dinowitz rival Mino Lora, wondered in a tweet.

“Any candidate who gets this kind of help and isn’t openly denouncing it, I think, does not believe in the kind of campaign finance reform we need to have more honest, fair, transparent, democratic elections that reflect the will of the voters and not the will of real estate interests,” Marth told THE CITY.

“Big money in politics is bad,” he said. “And it just offends me that these big money, billionaire, real estate people are trying to insert themselves into my local election.”