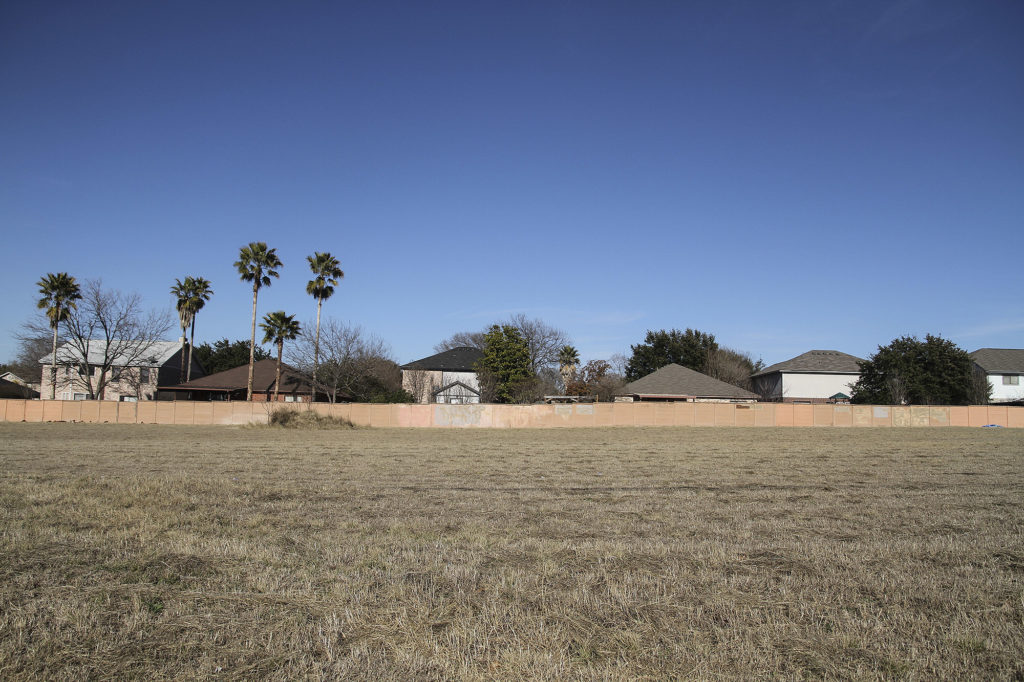 A deep dive into the challenges of building housing that people can afford in San Antonio, and the federal program and local policy that have caused so much rancor.

In the northern part of San Antonio’s District 7, Bandera Road is flanked by nearly every type of business imaginable, retail strip after retail strip after retail strip, and a ganglion of subdivisions behind them. At the beginning of 2017, a small cluster of low-income housing developments planned for this area had flown under the radar. The developers, who were applying for low-income housing tax credits to help fund their respective projects, had not notified the communities. In April, when the residents found out, NIMBYism ensued—the not-in-my-backyard response that often accompanies low-income housing developments. Cris Medina, the District 7 councilman at the time, drew the ire of many residents for not informing them of the latent projects early on in the tax credit application process.

Two of the proposed developments at the time — the 96-unit Bristol on Old Tezel Road and the 144-unit Acacia at West Guilbeau Road and Mystic Park — were having their own battle for the highly-competitive 9 percent tax credits, along with other projects citywide. As a matter of policy, the Texas Department of Housing and Community Affairs (TDHCA), the entity that awards the tax credits to developers, won’t grant two projects within close proximity to each other. Either The Bristol or The Acacia could win, but not both.

District 7 Councilwoman Ana Sandoval has been dealing with NIMBYism in her district throughout her time on council. Lynda M. Gonzalez | Folo Media

Then came the May 6 election, when Ana Sandoval captured 51 percent of the District 7 vote to defeat Medina.

Later that month, a week before she took office, Sandoval, in coordination with state Sen. Jose Menéndez’ office, bused about 15 people from those neighborhoods to Austin to speak before the TDHCA board. Leading the group was Chelsea Dawson, a resident of Braun Station West, who went armed with a petition.

“The overall lack of community planning is alarming,” Dawson told the board. “We have over 3,000 signatures we are presenting to you to confirm that.” Dawson continued, “Lack of community involvement and communication have generated the signatures I am holding.”

Later, Sandoval told the board she opposed the two developments because of the absence of public engagement. Others, including Dawson, cited flooding issues and the worsening of traffic on already heavily-used Bandera Road as additional reasons to kill the projects.

Ultimately, in July, The Bristol, a project by both Atlantic Pacific Companies of Miami and Madhouse Development Services of Austin, won the tax credits.

Fast forward to December, when another development, the 296-unit Trials at Leon Creek at 7615 Bandera Road, won 4 percent tax credits — considered to be noncompetitive — worth about $19 million. That project, later supported by Sandoval, was developed by Pedcor Investments, an Indiana-based company with a strong presence in Austin.

Throughout this friction between neighborhoods and developers, Sandoval held community meetings. She also was inspired to change the low-income housing tax credit process for developers.

On Dec. 7, Sandoval unveiled a change in city policy intended to put the onus on developers to inform communities on what and (perhaps most important) where they plan to build. Under Sandoval’s proposal, community outreach would become part of the tax credit process at the local level: developers would gain points toward a letter of support or no objection if they notified residents within 200 feet of the proposed site, and held a community meeting.

“I truly believe that to have a good product in our community, you need to bring all the stakeholders to the table,” she said.

In recent years, a handful of affordable housing developments had been targeted for Bandera Road north of Loop 410. Alma E. Hernandez | Folo Media

As a result of Sandoval’s ordinance, in January, developers held at least a dozen public meetings throughout the city.

We attended a handful of these meetings, because we wanted to see NIMBYism up close. Not to chastise it, but to try to understand it. What we found was that NIMBYism is everywhere. In San Antonio, it’s not just a Northside issue — though, no question about it, that’s where some of the fiercest lines are drawn. We found that the anti-affordable housing sentiment exists on the south and west sides of town, as well. And there are reasons myriad for this pushback, but they usually have to do with concerns over crime, property values, traffic and land use.

On Thursday, the City Council is expected to grant resolutions of support or no objection to many of the projects that have popped up during this year’s tax credit process. This year, the process drew more applicants in the San Antonio region, 21, than in any year since the program began in 1986. Only two or three projects in this region, however, will be granted the tax credits by the TDHCA, the state entity that disburses the awards. Last year, roughly $67 million was allocated for this region. Developers who gain a letter from the city will then include it into its final application, which are due to the TDHCA on March 1. The final credits will be awarded in July.

Local fair housing advocates are paying close attention to see how the policy affects the construction of affordable housing locally.

In San Antonio, there’s a shortage of 153,000 affordable housing units, according to city estimates from 2013. Exasperating the problem are the 1 million new residents that are expected in San Antonio by 2040. The shortage is one that’s being felt across the country. A 2017 report by the Joint Center for Housing Studies at Harvard University shows approximately 11 million families, roughly a quarter of all U.S. renters, spend more than 50 percent of their incomes on housing. And now there’s concern that President Trump’s tax bill, which eases the tax burden on companies, lessens the demand for tax credits. Companies are the ones who purchase the tax credits, thus providing equity to the developer to build affordable housing that’s priced for households making at least 60 percent of the area median income (AMI), which, in San Antonio, is $38,100 for a family of four.

There are two types of tax credits: 4 and 9 percent. The latter are the most lucrative and can fund up to 70 percent of the development’s cost. The process of obtaining these tax credits can provoke many heated arguments amongst developers jockeying for them and, now, between developer and neighborhood.

Still, the fact of the matter is that the low-income housing tax credits program, which is built into the IRS code and administered by each state, is the best mechanism for building affordable housing in the U.S.

The city is trying to conceive its own solutions. In May, voters passed the $20 million neighborhood improvements bond, which will be used to purchase and prepare properties for construction, then sell to an affordable housing developer to build. (Interestingly enough, when the city drafted its list of potential sites and presented them to voters, those sites represented every district except Districts 9 and 10 — the Northside.)

If an affordable housing developer is looking to build downtown, they could take advantage of the Center City Housing Incentives Program (CCHIP), which includes all sorts of goodies like tax reimbursements and city and SAWS fee waivers.

Those two programs don’t come close to the volume of units that tax credits provide, which barely address the need by themselves.

In October, Mayor Ron Nirenberg created his Mayor’s Housing Task Force to solve some of these issues. It’s expected to present solutions to the City Council in May.

At a Jan. 23 meeting, Ryan Wilson, vice president of development at Franklin Companies, describes a conceptual plan for an affordable housing project adjacent to the Eden subdivision on the Northside. Alma E. Hernandez | Folo Media

The arguments for and against the new measure can make one’s head spin. Some folks believe Sandoval’s rule is too stringent, while others believe it’s not tough enough.

“People don’t like being surprised about what’s going on in their neighborhood,” Sandoval told Folo Media. The new policy “allows the residents to meet the developer, and get a better sense of what they’re trying to build.”

Some on the City Council, like District 10 Councilman Clayton Perry, believe that it’s the responsibility of affordable housing developers to inform neighborhoods of their intentions to build.

During the Dec. 7 meeting, Perry suggested: Why not make neighborhood engagement mandatory?

“If we do make it a requirement, we would run into potential problems from the Fair Housing Act standpoint,” City Attorney Andy Segovia said.

Developers can earn up to 10 points for community engagement toward its letter of support or no objection. However, a developer could choose to ignore the community and still gain the minimum number of points needed to earn the letter — and that was Perry’s issue. (In his district, Perry’s fear proved true with a project called The Reserve at Thousand Oaks. Proposed for the 4500 block of Thousand Oaks Drive by Miami-based Atlantic Pacific Companies, The Reserve scored 78 points out of 100, well above the 70 points needed for city support. Atlantic Pacific Companies has since withdrawn itself from the process.)

So Perry pushed: Instead of 10 points for public engagement, why not make it 20 points?

“It can’t be an outright prohibition (on affordable housing), but again, we can’t set up the scoring so that it becomes practically a prohibition,” Segovia said.

Sandra Tamez of the Fair Housing Council of Greater San Antonio argues that the mere existence of Sandoval’s rule creates a kind of gauntlet for developers to traverse and therefore essentially makes it a requirement (a point that has been disproven by The Reserve at Thousand Oaks.) The larger issue, Tamez says, is that the rule conflicts with the city’s obligation, as a recipient of other federal housing funding, to provide affordable housing in all parts of the city.

The TDHCA’s scoring matrix is designed to encourage the building of affordable housing in more affluent neighborhoods.

“Our pushback with the city was that they shouldn’t be creating barriers in fair housing, which is not in line with their obligation to affirmably further fair housing,” Tamez said. “The city has a duty, because of their federal funding, to equalize access to opportunity, and increase affordable housing in areas of higher opportunity.”

In a 2016 report, the United States General Accountability Office reported similar concerns, taking aim at policies like the TDHCA’s, which require a developer to procure a letter from the city. The U.S. Department of Housing and Urban Development “has raised fair housing concerns about this practice, saying that local support requirements (such as letters) could have discriminatory influence on the location of affordable housing,” the report reads.

The proof can be found with the Artisan at Thousand Oaks, a proposed development by Franklin Companies on the 3500 block of Thousand Oaks, down the street from the proposed Reserve development. It, too, had applied for tax credits this year. It held its own meeting with neighbors, and attended two others. Unlike the developments around Bandera Road, which dragged on and on last year after the city granted its letters of support, the Artisan at Thousand Oaks never got to this Thursday’s vote because residents rejected it relatively quickly.

Yet, when neighborhoods get involved in a particular project, the project is either rejected (many developers won’t build if an adjacent neighborhood objects) or the total number of units the developer originally planned is decreased. The other side of that coin is that when a community gets involved, they leave the process with a better understanding of what affordable housing is.

Some developers also argue that market rate housing developers don’t have to jump through such hoops like holding public meetings. True, some, like Sandoval, say, but they’re not going for a federal incentive like low-income housing tax credits.

Tamez said her organization has been assessing the impact that Sandoval’s rule change has had on this year’s tax credits process.

Published in Business and News