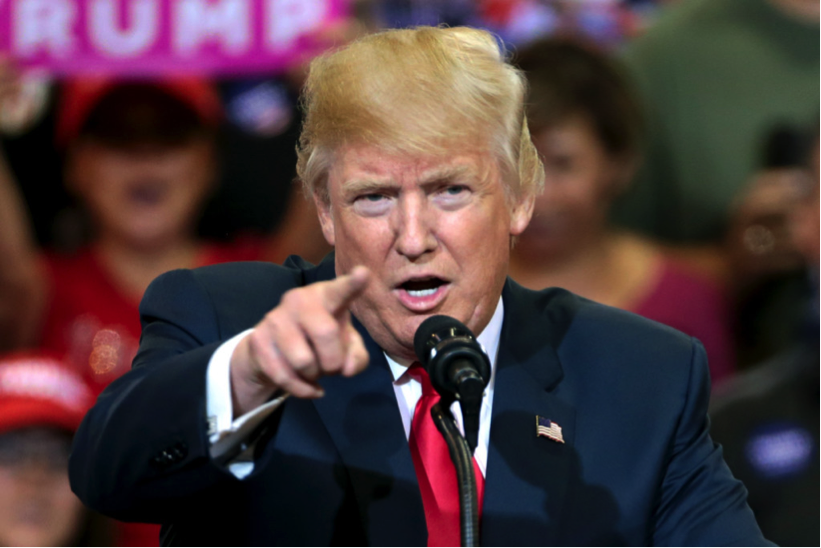 President Donald Trump continues to lose support across the U.S., according to analyst predictions

President Donald Trump continues to lose support across the United States, tipping the scales in favor of presumptive Democratic front-runner, Joe Biden. Pre-election data analytics conducted by 270 to Win have produced a Consensus Electoral Map that predicts Biden and Trump in the electoral college at 278 and 169 electors, respectively.

Trump Administration Under Fire For the Mis-management of America

As the nation hits the 6-month mark in the battle against Coronavirus, the Trump Administration has struggled to contain the spread of Covid-19, as well as to provide adequate economic support to Americans struggling financially.

Additionally, on the nationwide Black Lives Matter protests for racial justice across the United States, Trump has “flatly denied that systemic problems (have ever) existed in American police departments,” according to a New York Times report.

The aforementioned demonstrations have taken place all across the United States in the wake of recurring police violence against the African-American community. Protests began in late May following the brutal murder of George Floyd in Minneapolis by police officers.

Trump has not yet sat down with the leaders of the protests, nor has he spoken with prominent African-American politicians since the protests first began.

A recent poll conducted by ABC News and IPSOS suggests that 67% of Americans disagree with Trump’s “approach to race relations in the aftermath of the protests over police brutality against African Americans,” writes US News & World Report’s Susan Milligan. The same percentage of Americans, 67%, have similarly disapproved of Trump’s handling of the Covid-19 pandemic.

Only 13% of U.S. citizens are satisfied with the nation’s current state, according to Gallup Poll.

On these statistics, Milligan said: “While Trump’s marks for his performance on those issues have been dropping for months, the ABC/Ipsos survey was especially troubling for the president because it shows erosion of support among some of his key constituencies including Republicans, men overall and white people without a college degree”

Alarmingly, Gallup Poll has reported that U.S. citizen satisfaction with the nation’s current state has dropped to 13%, which is the lowest reported satisfaction rate since November 2011.

In the midst of these statistics, the White House has already tried to buy time to get its approval ratings back up. On July 30, 2020, President Trump took to Twitter to communicate his desire to postpone the 2020 election, claiming that the “universal mail-in voting” would qualify the election as the “most inaccurate and fraudulent election in history,” adding that it would be a “great embarrassment to the USA.”

Trump to Lose Election, According to Current Analytics

With the above analytics, the predicted outcome of the presidential election would be a win for presumptive Democratic nominee Joe Biden at 278 electors. Trump is predicted to come in second in the race at 169 electors.