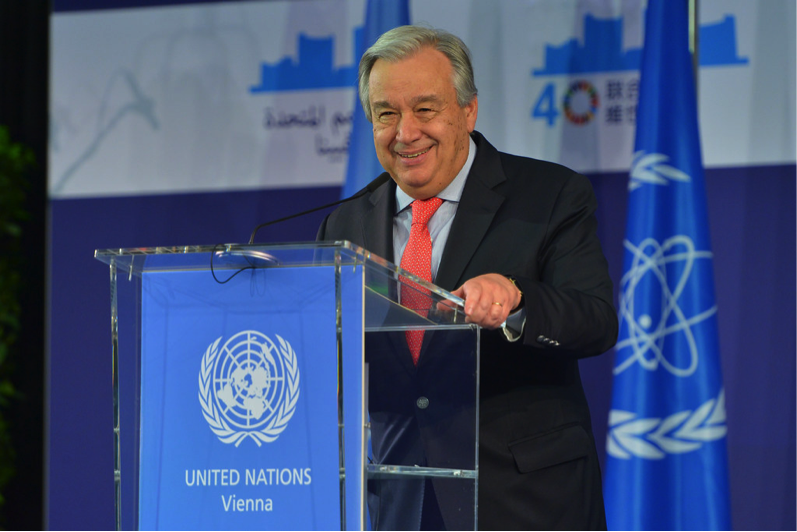 UN Secretary-General António Guterres has nominated seven young climate activists as part of a new UN Youth Advisory Group on Climate Change. The group will initiate a dialogue between activists and UN officials as they work together to ameliorate the burgeoning effects of the climate crisis.

In a UN video announcement released on July 28, 2020, Gutteres unveiled his decision to oversee the group. On sustainable development, the UN has published 17 goals to “transform our world,” ranging from universal access to clean drinking water to the elimination of world poverty. The group will work with Gutteres in alignment with these goals, and advise him on UN climate decisions.

In the video, the UN Secretary-General stated: “We are in a climate emergency. We do not have the luxury of time. We need urgent action now – to recover better from COVID-19, to confront injustice and inequality, and address climate disruption.”

Referencing the impressive achievements that the youths have accomplished in the fight against climate change, Gutteres added: “We have seen young people on the front lines of climate action, showing us what bold leadership looks like.

“That is why I am launching my Youth Advisory Group on climate change today – to provide perspectives, ideas, and solutions that will help us scale up climate action.”

Gutterres concluded his brief announcement with a call to all youths: “I urge young people everywhere to keep driving climate action forward. We need you more than ever.”

The group will combine a multitude of perspectives to deliver climate advice to the Secretary-General. The collaboration will shape environmental policy in a time where the planet and its ecosystems are at its most fragile.

On participating in the newly founded UN group, Nisreen Elsaim commented that “taking the right action is the greatest motivation. Keeping up our work is the only solution, and doesn’t need a second thought.”

“With every challenge, there are many opportunities, but we must do it together,” Elsaim added.

The establishment of the Youth Advisory Group on Climate Change expands upon the highly successful 2019 Youth Climate Summit. The summit, which topped over 1,000 in attendance, attracted youths from over 140 different countries to discuss global environmental concerns.

The formation of the group is also in line with the António Guterres’ UN Youth Strategy, which was unveiled in September 2018.