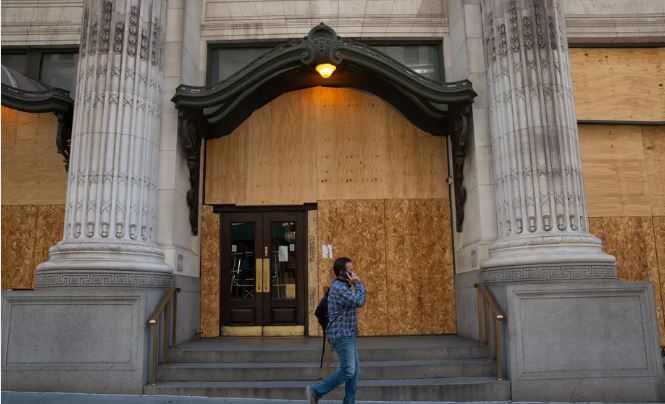 Claudine Brummel hoped to transfer to Brooklyn College this fall semester after two years at Kingsborough Community College, where the classroom became her “happy place.”

But the spring and summer semesters of online-only classes proved difficult. She couldn’t focus and wasn’t learning, she said. School suddenly became her “biggest nightmare.”

“Looking at the semester moving forward, I just can’t see myself doing schoolwork if I’m not physically at school,” the 25-year-old student told THE CITY.

Brummel and thousands of other students have opted to take a break this upcoming fall semester — for personal, financial or health reasons — following pandemic disruptions that have swept across the public university system, upending the lives of students, faculty and staff.

CUNY has yet to release official fall enrollment figures and maintains that the pandemic’s effect on the number of students expected to take classes this semester is still unknown. But a snapshot of fall enrollment taken mid-July and posted online by John Verzani, a College of Staten Island math professor, offers some insight.

The numbers show system-wide enrollment down 3.7% over the same time the previous year — a decline of more than 10,000 students across CUNY’s 25 colleges.

Nearly all colleges experienced declines. Only CUNY’s School of Medicine and its Graduate School of Public Health and Health Policy experienced sizable growth over last year’s enrollment — 14.8% and 10.7% , respectively.

A spokesperson for CUNY did not dispute the accuracy of the enrollment figures.

But so far, CUNY’s chancellor, Félix Matos Rodríguez, has refrained from sharing details publicly. “It is still unknown how the coronavirus will impact our enrollment for the Fall 2020 semester,” he testified to a state Senate committee at a July 28 hearing about COVID-19 on campus.

Last month, the university announced most fall classes would be taught only online, with the exception of in-person science labs and arts studios. CUNY’s fall semester begins Aug. 26, with each campus directed to follow comprehensive reopening guidelines.

Adjusting to online learning hasn’t been easy for many students, noted Tim Hunter, the student representative on the CUNY Board of Trustees and a City College of Technology alumnus.

“I don’t blame the students that are upset and don’t wanna have to deal with that,” he said. “If that means taking some time off from our studies, if that’s what’s absolutely necessary, then I think that’s the right decision that some people needed to make.”

Christian Cozlov, 25, a senior at Brooklyn College who studies philosophy, said he’s considering a hiatus after finding himself procrastinating at home during the pandemic-rocked spring semester.

Cozlov, who works weekends as a porter in a Manhattan building, said he plans to use his spare time to find a second job and earn extra money while planning a return to CUNY in the spring.

In-state resident tuition for CUNY’s four-year colleges this academic year is $6,930, not including fees.

One Month at a Time

Meanwhile, many faculty and staff members have criticized CUNY’s treatment of employees as schools have begun to shed workers in response to budget cuts. CUNY, for its part, has been waiting for possible additional federal aid.

In communicating with faculty and staff, the administration has attributed austerity measures to its fiscal outlook — which depends, in part, on tuition funds tied to enrollment levels. State budget uncertainties only add to the dim outlook, with future aid also linked to the number of students.

“This is truly new territory,” said State Sen. Toby Ann Stavisky (D-Queens), who chairs the Senate’s higher education committee. “It’s sort of like Lewis and Clark tracing along the Oregon Trail. They don’t know what’s ahead.”

Staff members known as college assistants — many of whom are students or recent graduates — say that they’re facing debilitating job uncertainty.

Since the beginning of July, CUNY has been offering month-to-month contracts to these assistants and other hourly employees.

“Unfortunately, 2020-21 is expected to be a difficult year and CUNY lacks sufficient budget information at this time to effectively forecast beyond the month of August,” Wilks wrote in the letter, obtained by THE CITY.

Christina Freeman, who manages four assistants in Hunter College’s Department of Art and Art History, says CUNY waited until July 31 to tell her staff whether they’d be employed in August.

“CUNY is waiting until the end of each month to tell people if they have work for the following week,” Freeman told THE CITY.

She called college assistants the “backbone of our department,” running labs, operating specialized equipment and making sure everything else runs smoothly.

Hunter’s college assistants have been working to prepare facilities for the fall semester.

“If they’re not rehired, the faculty can’t teach their classes,” she said.

Elizabeth Lewin, a college assistant and an alumna of Hunter College’s MFA program, said she’s received little information from CUNY and her union, DC37. She said she’s heard that these short contracts will be the new normal for the foreseeable future “with no guarantee or reassurance that you’ll have that position or that contract next month.”

“It seems that this almost seems to be an opportunistic kind of way of whittling down numbers by stringing us along to this month-to-month thing,” she said.

“They feel that they can get away with this because the unemployment rate is so high,” she added. “Many of us feel as though this is our only viable job at the moment.”

Henry Garrido, executive director of DC37, noted that the CUNY Board of Trustees passed only a single month’s budget, so uncertain is the funding picture from both Albany and Washington.

“This is not an ideal situation — having people from month to month — but we are also facing unprecedented challenges here and so I can’t blame CUNY for not executing a long- term contract that they might not be able to execute if the funding is not there,” he said.

CUNY has so far declined to renew contracts with more than 2,800 adjunct faculty members, according to the Professional Staff Congress, the union representing 30,000 faculty and staff.

In his Senate testimony, Matos Rodríguez said: “If the fiscal and enrollment situation are more favorable in August, we plan to re-appoint some of the adjuncts.”

In July, the union filed a lawsuit against CUNY, arguing the university should have retained the adjuncts when it received $251 million in federal CARES Act funds. The PSC argued that CUNY should continue to pay the part-time professors “to the greatest extent practicable,” as the CARES Act states.

“If the union’s request for a preliminary injunction is granted, there is more than enough work for these adjuncts to do to teach and support CUNY students, even if enrollment at some colleges declines,” said Rendy Desamours, a spokesperson for the PSC.

In a July 30 email to faculty and staff, Matos Rodríguez noted the university almost finished disbursing $118 million of CARES funds to students.

With the remaining money, Matos Rodríguez wrote, “we submitted a plan to the state that prioritized student support and mental health services, reimbursements to campuses for COVID 19-related costs such as refunds, and investments in online infrastructure and training.”

That same day, PSC President Barbara Bowen wrote an email to union members that listed 10 demands sent to CUNY, including reinstating laid-off adjuncts and restoring health insurance to those who lost it when they were let go.

“If the demands below are not satisfactorily addressed by August 26, all options will be on the table, including further legal and legislative action, votes of no confidence, and preparation for a strike,” she wrote.

On Friday, the PSC and CUNY will meet in Manhattan federal court for their initial conference.

Steven Taylor wasn’t hopeful that the lawsuit would force CUNY to rehire him.

An adjunct associate professor of English at Bronx Community College since 2009, Taylor taught basic writing and literature courses for first and second-year students.

In 2017, he signed a three-year contract with CUNY, including health insurance, reserved for the most experienced adjuncts.

His contract was up for renewal in May, but he never received word that it would be renewed. After the spring semester, he completed a course to become certified as an online instructor at the recommendation of his chairperson. Then he taught during the summer semester.

After teaching his last class and receiving his last paycheck, he received a letter from CUNY on June 27, saying he’d been “terminated officially six weeks before I stopped teaching.”

In the month since, Taylor, who’s 65, has spent much time trying to claim unemployment insurance — and unexpectedly fast-forwarding his retirement.

“I decided to take my Social Security now and take my Medicare just to cover me,” he said. “It’s like a big change. It’s a big change that I was not anticipating.”

He said he’d go back to teaching at CUNY if offered, not only because it was the best job he’s ever had, but because he believes public university is vital for the city and state’s future.

“If you don’t support CUNY, where you gonna get your cops and your nurses and your accountants and your bookkeepers and all of those trades and professions that they teach in the CUNY schools? Where are you going to get them? It’s so short-sighted.”

THE CITY is an independent, nonprofit news organization dedicated to hard-hitting reporting that serves the people of New York